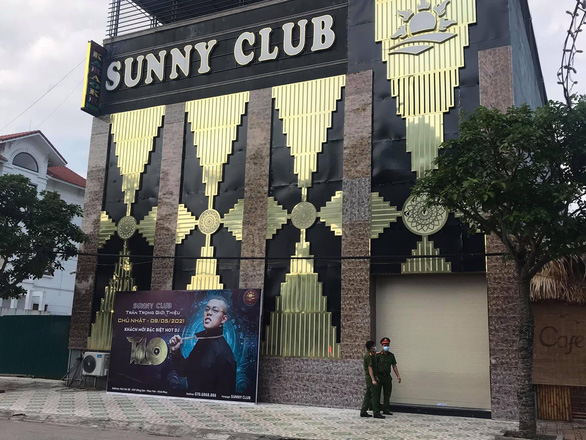 Police in Vinh Phuc Province have launched an investigation after several video clips showing naked female employees at a venue, believed to be a COVID-19 cluster, were shared on social media in Vietnam on the weekend.

In the clips, which emerged on social media earlier the same day, many female employees were unclothed or wearing revealing outfits as they danced and served their customers.

The People’s Committee of the northern province has ordered police officers to impose stern penalties if the incident actually took place at Sunny Club.

If not, those who spread the false information have to be punished, the committee underlined.

On Friday, authorities in Phuc Yen City suspended and revoked the business license of Sunny Club over violations of COVID-19 prevention and control regulations.

The owner of the venue only registered for the employment of five people, while a recent inspection discovered 24 workers there.

Sunny Club is also one of the two major COVID-19 outbreaks in Vinh Phuc Province.

A Chinese expert who was infected with the novel coronavirus previously came to the club and was supposed to spread the disease to six employees.

They returned to China on April 28 and one of them tested positive for COVID-19.

Vietnam increased its mandatory quarantine from 14 to 21 days for international arrivals and people in close contact with infected patients following this incident and another involving a Vietnamese national returning from Japan, who was found to be infected with the novel coronavirus after finishing 14-day quarantine and causing a cluster of infections in the northern province of Ha Nam.

The Vinh Phuc People’s Committee implemented social distancing measures in Phuc Yen City from 0:00 on Friday to curb the pandemic.

Vietnam has documented 3,245 COVID-19 cases as of Sunday morning, with 2,602 recoveries and 35 deaths, according to the Ministry of Health.

The country has recorded 256 local infections in 24 provinces and cities since April 27, including 33 cases in Vinh Phuc Province.