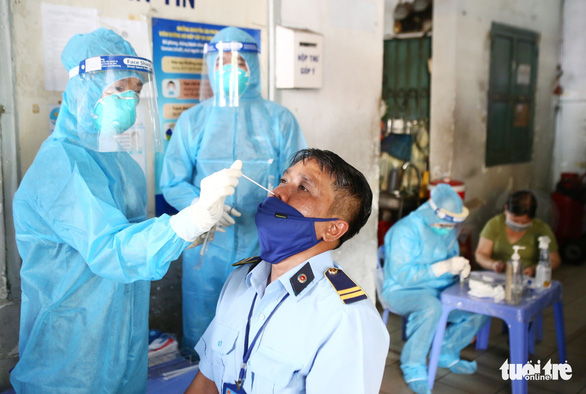 Vietnam’s Ministry of Health reported a record daily spike of 92 local coronavirus infections on Sunday, including 15 in the morning and 77 in the evening.

This is the steepest daily rise in domestic infections in Vietnam.

The old record was set up on January 28, when 84 local cases were confirmed by the health ministry.

Vietnam has documented 3,332 COVID-19 cases as of Sunday night, with 2,602 recoveries and 35 deaths, according to the ministry’s data.

The country has recorded 333 local infections in 26 provinces and cities since April 27, after it had gone almost a month without finding any case in the community.

Prime Minister Pham Minh Chinh on Sunday warned of failure in COVID-19 prevention and control amid a very high risk of the disease spreading nationwide.

“This situation is very complicated,” PM Chinh said during a national teleconference.

“There is a very high probability of the epidemic sweeping the entire country, which can happen whenever we don’t have a proper response.

“We will fail if we don’t have the people battle the virus with us.”

The Ministry of Health said on Sunday evening that local epidemiologists had found the ‘double mutant’ Indian variant in eight samples taken from patients recorded in the current wave of infections.

Vietnam first detected the variant on April 30, when genome sequencing showed four Indians and a Vietnamese carried the mutated strain.

The Indian variant is believed to be more transmissible – the characteristic of the UK mutant – and to lessen the efficacy of COVID-19 jabs – typical of the South African mutation. This explains its ‘double mutant’ label.

The mutated strain has been taking a toll on India, where hundreds of thousands of cases are announced daily and fatalities are at alarming rates.