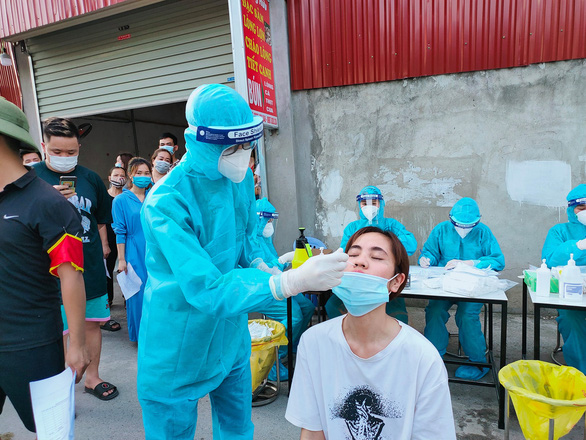 The Ministry of Health announced two COVID-19 infections on Monday morning, both imported from India.

The two Indian patients entered Vietnam on April 24 and was sent to quarantine upon landing, the health ministry said in a morning report.

They tested positive for the coronavirus on Sunday, it added, without elaborating.

Vietnam has closed its borders to international arrivals since March last year but it still grants entry to foreign experts, skilled workers, diplomats, and Vietnamese repatriates.

All of them have to undergo different forms of quarantine upon arrival, pursuant to regulations on pandemic prevention.

The health ministry also confirmed 56 local cases in its Sunday morning’s update, including 33 in Bac Giang Province, eight in Hanoi, seven in Bac Ninh Province, five in Lang Son Province, two in Dien Bien Province, and one in Hai Duong Province, all located in the northern part of the country.

Vietnam has been grappling with a new wave of infections since April 27, when it recorded the first local transmission after having spent about a month detecting zero cases.

The health ministry has announced 2,221 domestically-transmitted infections since then, according to the Ministry of Health’s data.

One hundred and thirty-seven of the cases in the capital were registered at two hospitals treating cancer and tropical diseases.

Ho Chi Minh City has confirmed only six transmissions in this fourth wave.

Vietnam has logged 5,275 local and imported COVID-19 cases since the coronavirus first emerged in the country on January 23, 2020, according to the health ministry’s statistics.

Recoveries have hit 2,721 while 42 patients have died, including seven this year.

Vietnam has combated four bouts of infections so far, the latest being the worst.