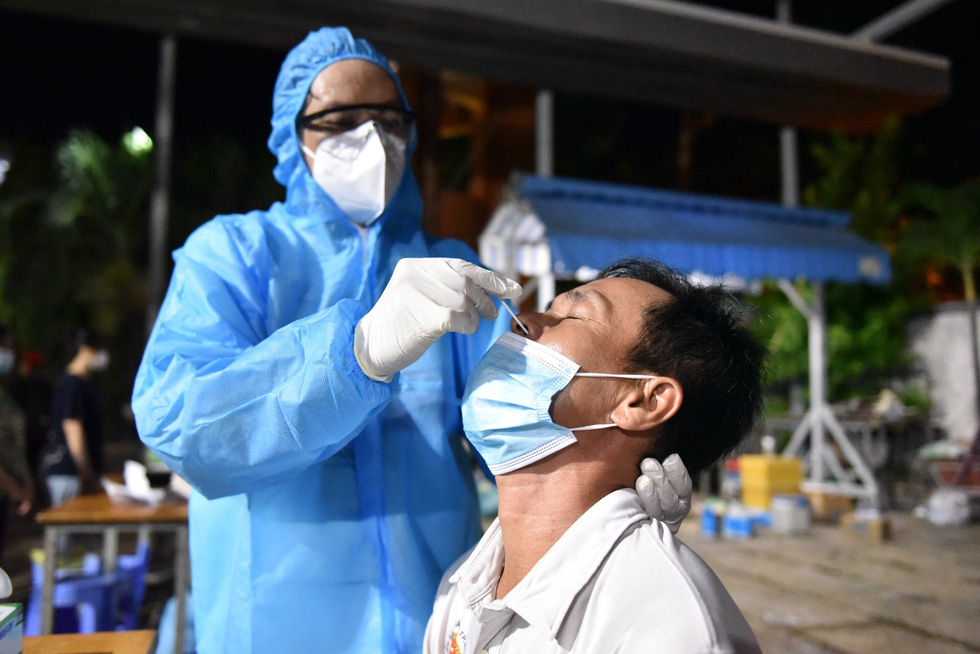 The health workers and the 50,000 locals in Go Vap’s Ward 15 stayed up for the mass sampling from Friday night until early Saturday morning.

The mass sampling was carried out, with five random samples being pooled into one tube, as per an order by Dr. Nguyen Huu Hung, deputy director of the Ho Chi Minh City Department of Health, on Friday afternoon.

The Ho Chi Minh City Center for Disease Control affirmed that this method is the optimal option to screen individuals for infection in Ward 15.

Local authorities arranged eight sampling locations, each of which handled about 6,000 people in different time frames to ensure safety.

Earlier, five pooled samples associated with Revival Ekklesia Mission, a Christian congregation based in Go Vap, that had been collected from the same ward showed suspected results.

A total of 63 infections that can be traced back to the religious group have been found as of Saturday morning, according to the Center for Disease Control.

Thirty-two of the patients are the mission’s followers while the remaining were their direct contacts.

Vietnam’s daily local infections rose by 87 cases on Saturday morning, the health ministry said in a morning update. The agency will give two more updates at 12:00 pm and 6:00 pm.

Vietnam has detected 3,594 domestic infections in 32 provinces and cities since April 27, when the fourth wave broke out in the Southeast Asian country, according to the Ministry of Health’s data.

The nation has recorded 6,657 cumulative COVID-19 patients since the virus first emerged in it on January 23, 2020.

Recoveries have hit 2,896, while 47 virus-related fatalities have been documented so far.