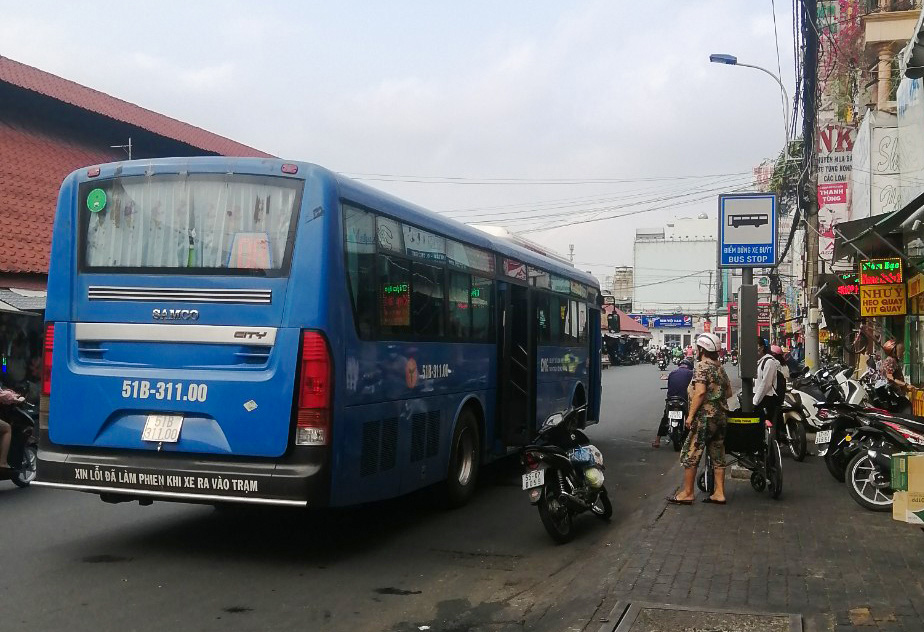 Authorities in Ho Chi Minh City have decided to suspend an additional 18 public bus routes due to the complicated developments of the COVID-19 pandemic.

The suspension began on Tuesday and will last until further notice, according to an official from the Ho Chi Minh City Management Center of Public Transport.

Most of these bus routes often transport students and residents to local markets, the official added.

The remaining 56 routes in the metropolis are allowed to stay open as they are operated along major streets, ring roads, and at local industrial parks and export processing zones.

Due to the COVID-19 pandemic, city authorities have shut down multiple bus routes from May 29.

All routes crossing Go Vap District, the city’s largest coronavirus hotbed, are subject to suspension from May 31 to June 14.

Vietnam has documented 9,103 COVID-19 cases as of Tuesday afternoon, with 3,509 recoveries and 54 deaths, according to the Ministry of Health.

The country has recorded 5,951 local infections in 39 provinces and cities since April 27, including 447 cases in Ho Chi Minh City.