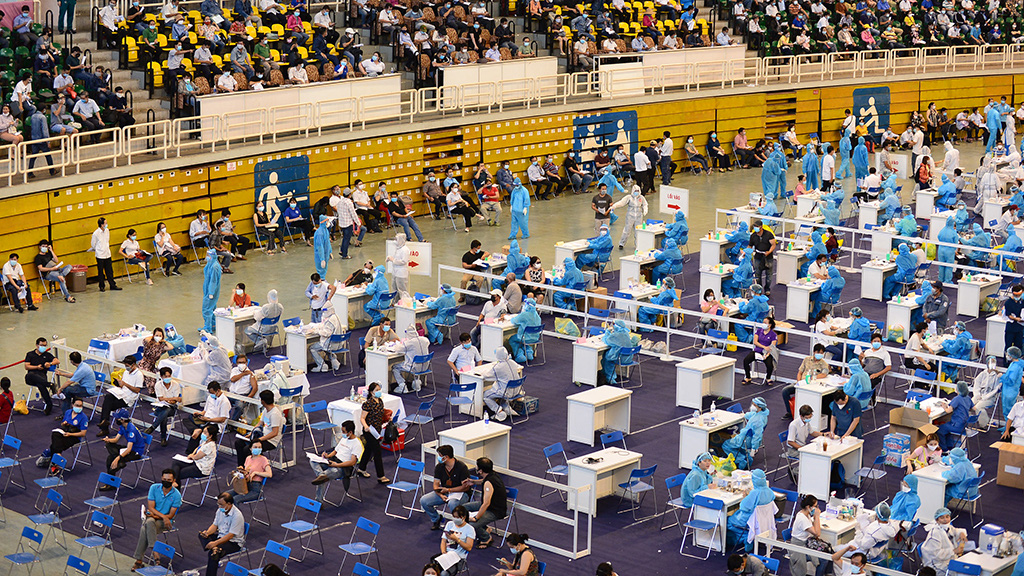 -- Prime Minister Pham Minh Chinh on Saturday led a government delegation to inspect COVID-19 prevention and control efforts in Ho Chi Minh City, which is being hit hard by the pandemic.

-- The Ho Chi Minh City Department of Health on Sunday put into operation two additional makeshift COVID-19 treatment hospitals, raising the total number of beds for patients to 10,000. The two new infirmaries will focus on treating patients with mild symptoms.

-- A social distancing drive has been implemented in the south-central province of Phu Yen from 0:00 Sunday as the locality has recorded 20 local infections during the current outbreak.

-- A 38-year-old police officer from the Mekong Delta province of Tra Vinh passed away due to a heart attack on Friday. Local authorities also ruled out postvaccinal reactions as a cause given the fact that the officer had received a COVID-19 vaccine shot on June 18.

-- Five people attempted to dodge inspection at a COVID-19 checkpoint between Hai Duong and Quang Ninh Provinces in northern Vietnam by traveling in an ambulance on Saturday.

-- Police in the south-central province of Ninh Thuan confirmed on Saturday they had arrested two Vietnamese men for transporting 10 Chinese border jumpers.

-- A man caused a forest fire in the north-central province of Nghe An on Saturday morning after throwing a cigarette butt on the ground during his jog.

-- Overseas investment by Vietnamese firms neared US$547 million in the first half of 2021, nearly 2.5 times higher than the same period last year, the Vietnam News Agency quoted the Ministry of Planning and Investment as saying.