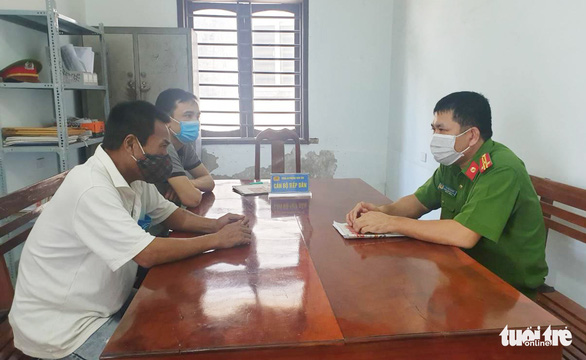 A man from Nghe An Province in north-central Vietnam is facing a strict punishment from police after he threw a burning cigarette butt in a protection forest zone, triggering a blaze that burned up a large forested area.

Police officers in the province’s Cua Lo Town on Saturday evening said they had completed necessary steps to punish Hoang Hong Linh, a 49-year-old man, for causing a large forest fire in a mountainous area of the town.

After examining the fire scene, police suspected Linh to be the culprit of the fire and questioned him.

The man then confessed that he threw a burning cigarette butt in the forest while walking home after exercising that morning.

The blaze caused no casualties but it consumed a large area of pine trees in the forest zone.

The flames broke out at 6:00 am on the same day at the Guom Mount area near residential quarters.

Upon being informed of the fire, local police deployed forces to the scene to extinguish the blaze with the support of residents.

As the fire occurred in complicated mountainous terrain in hot and dry weather conditions, fanned by strong winds, it took the forces nearly two hours to put down the flames.

The National Center for Hydrometeorology Forecasting earlier released a forest fire warning for some areas in Nghe An between June 26 and July 4 due to the prolonged hot weather and low relative humidity.