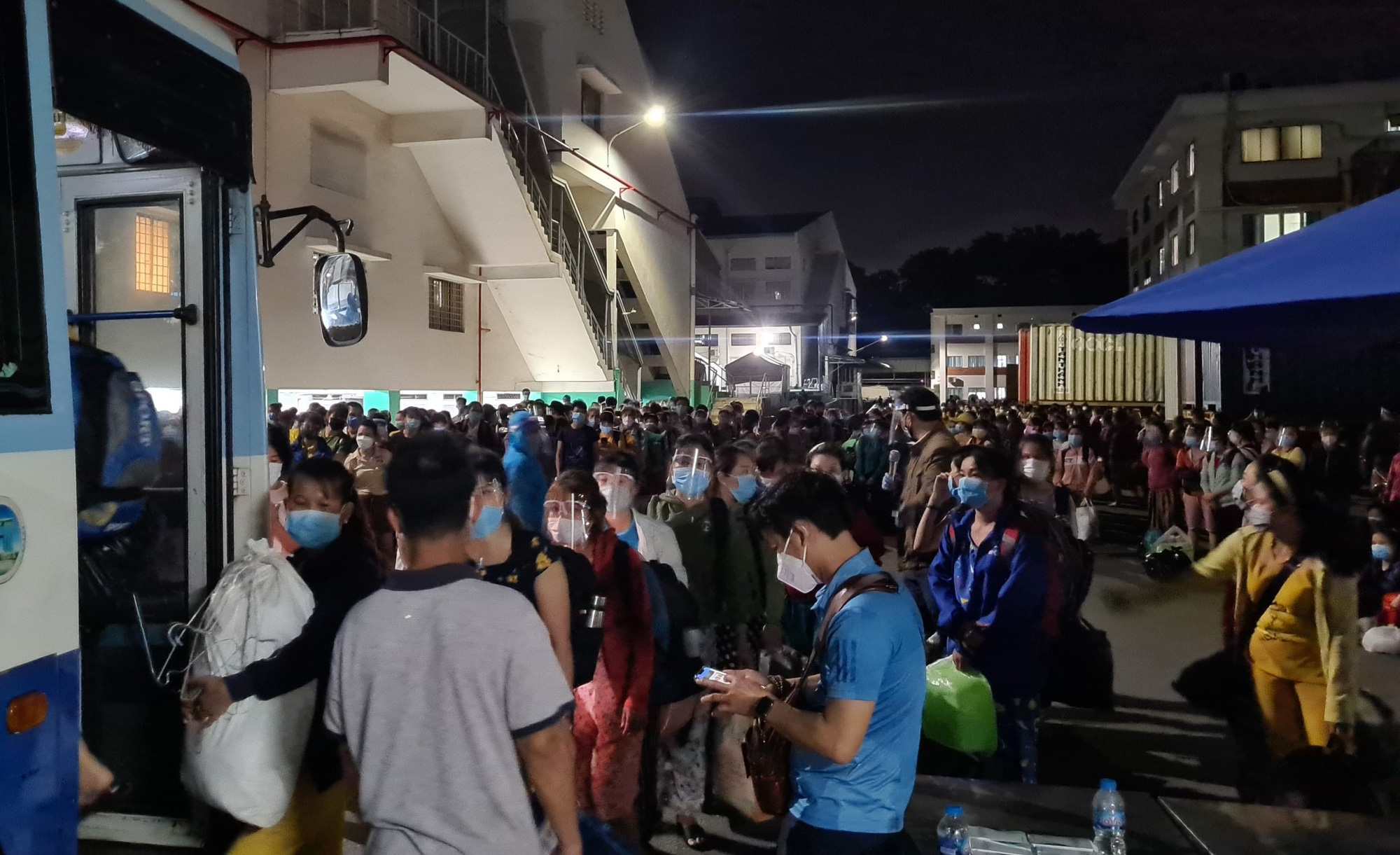 Some 248 out of 800 workers staying at the facility of a woodworking company in the southern Vietnamese province of Binh Duong in accordance with social distancing requirements contracted the coronavirus, authorities confirmed on Tuesday.

All of the 248 patients at Long Viet Veneer Technology Joint Stock Company in Di An City, Binh Duong Province were already taken to hospital for treatment while 40 direct contacts were sent to centralized quarantine facilities.

Long Viet was among companies in the southern province that have carried out the ‘three-on-the-spot’ mechanism, in which enterprises and employees must conduct production, have meals, and rest after work at the same place.

The company detected the 248 infections about ten days after applying the model.

“The number of infected cases is so large that we cannot manage them by ourselves anymore,” the company said in a document calling for immediate action from local authorities.

Currently, only 300 out of its more than 800 workers have continued following the scheme.

Before Long Viet, Hansoll Vina Co. Ltd. in Song Than 1 Industrial Park, located in the same city, discovered over 70 infections among the workers staying at its facility.

Hansoll Vina workers also cried for help from authorities after staying in the factory for many days waiting for COVID-19 testing due to the shortage of medical staff.

To maintain economic growth during the pandemic prevention time, several companies in Vietnam have followed either the ‘three-on-the-spot’ or ‘one road, two places’ model.

Enterprises and employees following the second model must arrange isolated production and accommodations at two separate locations, connected by a single transport route for workers to commute every day.

Of the latest cases, 2,115 infections were logged in Ho Chi Minh City, which has recently led the country in daily new infections, with thousands of patients confirmed per day.

Since April 27, when the pandemic’s fourth wave appeared in Vietnam, Binh Duong Province and Ho Chi Minh City have accounted for 8,909 and 74,855 cases, respectively, in the country’s total of 113,3445 domestic infections.