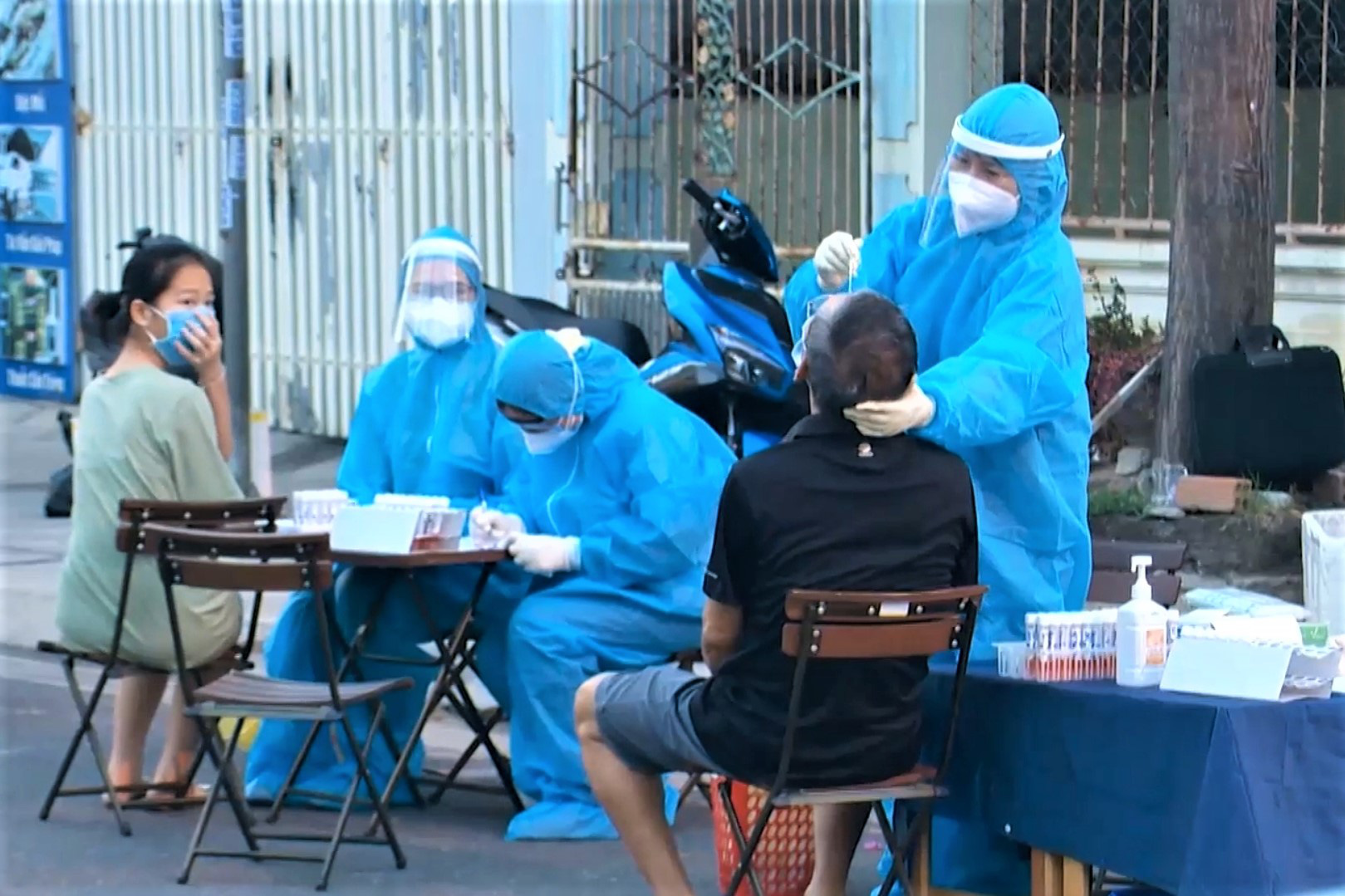 People in Nha Trang City in Vietnam’s south-central Khanh Hoa Province will be banned from going outdoors from 7:00 pm to 6:00 am the next day from Saturday until further notice as part of the city’s movement restrictions to reduce surging COVID-19 infections.

City chairman Nguyen Sy Khanh issued a document to announce the travel restrictions early in the morning of the same day.

Cases exempted from the travel restrictions include those working in emergency medical forces and missions for preventing the pandemic, natural disasters and fire accidents, funeral service workers, reporters and editors of newspapers and radio stations in the province and at the central level, sanitation workers, electricity, water and infrastructure workers, means of transporting essential goods, production and import-export goods, means for pandemic prevention and control, petrol stations and pharmacies.

After the travel restrictions come into effect, households, which were supposed to go out for grocery in the evenings according to previous allocations of shopping tickets, must change their shopping time to either mornings or afternoons.

City authorities have enforced social distancing rules under the prime minister’s Directive No. 16 since July 9.

All conventional and wholesale markets in the city have also been temporarily closed since July 26.

Since April 27, when the pandemic’s fourth wave appeared in Vietnam, the south-central province has accounted for 1,375 cases in the country’s total of 137,317 domestic infections.

Ho Chi Minh City has recently led the nation with 88,566 cases reported in the ongoing infection wave and thousands of patients registered per day.