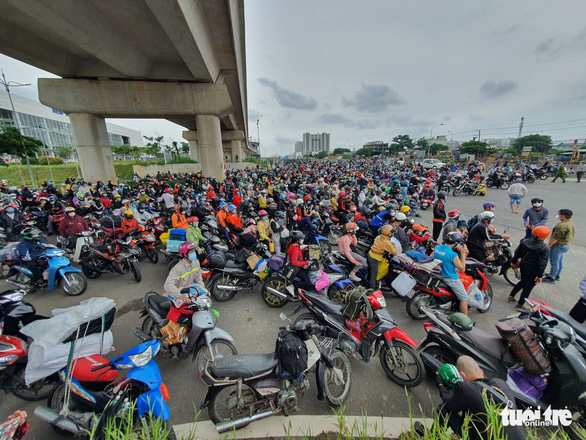 Police on Sunday asked people leaving Ho Chi Minh City for their hometowns to turn back to their current places of residence in compliance with COVID-19 travel restrictions.

The mass departure took place when local authorities have applied social distancing measures at various levels since late May to curb the coronavirus, which has caused almost 145,000 infections, including 4,315 deaths, in the city since the pandemic hit the country in early 2020.

Such restrictions, which will be in place until at least September 15 as the city has been struck hard by a fourth wave since late April, have caused job losses and business closures, putting many people in dire straits and thus driving them back to their hometowns.

On duty at many checkpoints at the city’s gateways, traffic police officers stopped the exodus, traveling on motorbikes or in cars, and advised them to return to their current residence for the sake of epidemic prevention and control.

At the Linh Xuan Overpass in Thu Duc City, officers requested hundreds of people to turn around.

On National Highway 1 in Di An City under Binh Duong Province, which borders Ho Chi Minh City, local forces also asked people to come back to their current accommodations.

N.C.K., a native of the north-central province of Thanh Hoa, told Tuoi Tre (Youth) newspaper that he wanted to travel to his hometown after having been jobless for months due to COVID-19.

“Many people who departed earlier than me have been asked to turn back,” K. added.

The mass migration has led to traffic congestion at a number of checkpoints, especially in the Linh Xuan Overpass area.

The same situation was seen in the Suoi Tien area in Thu Duc City, where many travelers were stopped.

As many people refused to turn around, police had to gather them in the new Eastern Bus Station area in the district and persuaded them to stay.

Tran Viet Bao, a former porter, who wanted to go back to Hue City, his hometown, told Tuoi Tre that he has been out of work for three months and has owed his landlord two months’ rent.

As the landlord could no longer allow him to default on the rent, he had to leave for Hue, Bao said.

In coping with waves of people leaving Ho Chi Minh City, the municipal police have coordinated with their counterparts in Binh Duong and Dong Nai Provinces to control the situation, give explanations to the internal migrants, and request them to turn back.

Those deliberately breaking the law were penalized but most turned around, listening to explanations given by police officers. 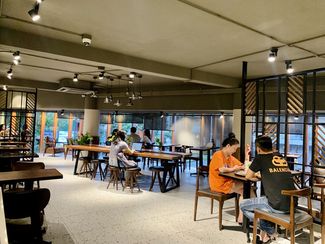