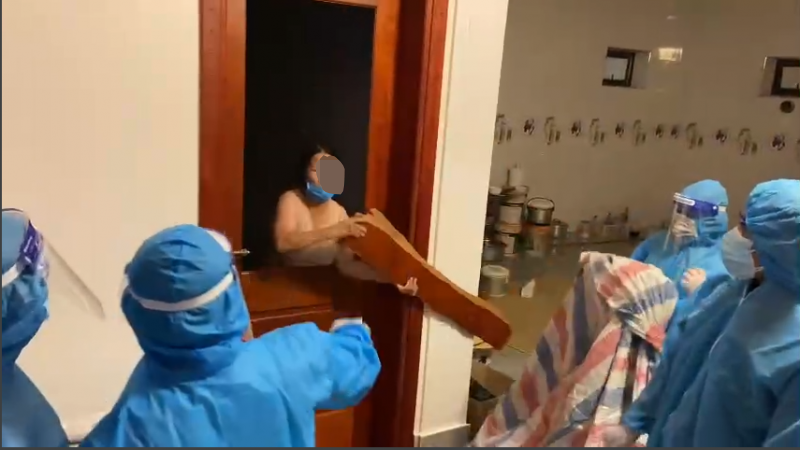 Vietnamese woman indicted for rejecting quarantine request in the nude

Police in the north-central Vietnamese province of Nghe An said on Monday that they had initiated legal proceedings against a 48-year-old local woman for refusing the request to go to a COVID-19 centralized quarantine facility.

H.T.H., the woman in question, is being investigated for the charge of opposing officers on duty.

When functional forces arrived at H.’s house in Dien Chau District to take the woman to the centralized quarantine facility on the evening of August 23 after detecting that she had come into contact with a coronavirus patient, H. asked to be isolated at home instead, citing looking after her newly-built house as the reason.

While the officers were persuading H., the woman insisted on staying home and locked her house’s doors.

When the functional forces got into her house through a ventilation window, H. locked herself in a bedroom.

The officers decided to break the bedroom’s door with a metal construction stick found in H.’s house.

During the process, H., with no clothes on, fought against the officers.

After more than two hours, local police officers eventually put the woman under control and sent her to the centralized quarantine facility according to regulations.

Authorities in Nghe An have yet to allow coronavirus patients’ direct contacts to be quarantined at home.