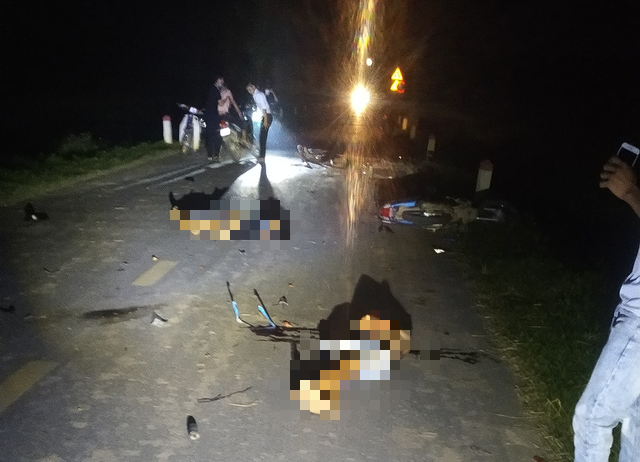 Five teenage boys were killed and two others injured following a road accident involving four motorbikes that were traveling at high speed in the northern Vietnamese province of Phu Tho on Tuesday night.

The crash took place along a street in Minh Tan Commune, Cam Khe District at around 10:30 pm, according to Nguyen Hong Son, chairman of the commune’s People’s Committee.

A total of seven teenagers were traveling on four motorbikes at high speed when they crashed into one another.

Four of them were killed on the spot, while the other three were admitted to the hospital with serious injuries.

One of the injured later died at around 1:00 am on Wednesday.

Khuat Viet Hung, vice-chairman of the committee, has requested authorities in Phu Tho to promptly carry out an investigation and find out the cause of the accident.

Hung directed competent authorities to check whether the victims were under the influence of drugs or alcohol, and to verify any signs of illegal street racing.

The boys are believed to have been celebrating the Mid-Autumn Festival prior to the crash, the provincial traffic safety committee reported.

The National Committee for Traffic Safety also asked their family members to pay attention to pandemic prevention and control measures when organizing funerals for the victims.