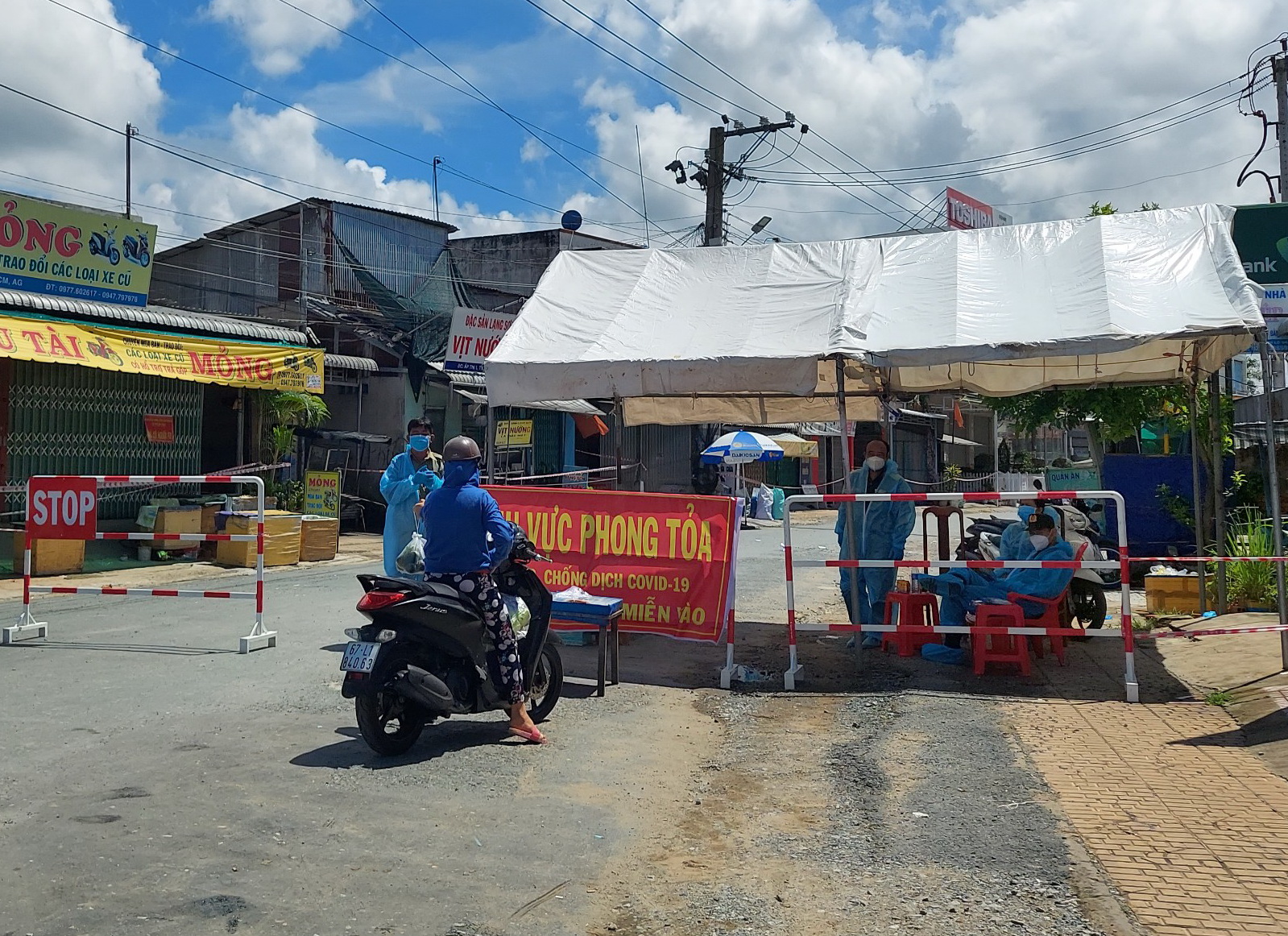 The COVID-19 pandemic has become more serious in Vietnam’s Mekong Delta and Central Highlands regions as multiple provinces have recorded a rise in local infections over the past days, while vaccination rates remain low there.

In the Mekong Delta, Bac Lieu Province reported 404 more coronavirus infections on Saturday, the highest daily count since the fourth outbreak began in the country on April 27, according to the provincial Center for Disease Control.

Vinh Trach Dong Ward and Ganh Hao Town, which were previously classified as medium-risk areas, became the localities at very high risk of transmission from Sunday.

In Soc Trang Province, health authorities documented a total of 370 cases on Thursday and Friday, of which 80 were detected in the community.

Meanwhile, more than 10,600 patients have been logged in An Giang Province so far in the wave.

Among them, about 1,134 are returnees from virus-hit localities.

The situation has become quite concerning as vaccination rates in these localities are relatively low.

Bac Lieu has the lowest inoculation rate in the Mekong Delta, with 60.65 percent of its adult population having received their first shots and only 15.44 percent of them fully vaccinated.

An Giang has vaccinated 88 percent of people aged 18 and older with at least one dose, but only 13 percent of them are fully inoculated.

In Soc Trang, over 84 percent of adults have received one shot while 15.6 percent have been jabbed twice.

In Can Tho, the first-dose vaccination rate is 93 percent, while the second-dose ratio stands at 36.4 percent.

A similar situation is also recorded in some Central Highlands provinces.

According to Nay Phi La, director of the Department of Health in Dak Lak Province, the infection ratio in the locality is 193 per 100,000 residents.

The province is expected to immunize 80 percent of adults with one jab by the end of November.

In Kon Tum, the provincial steering committee for COVID-19 prevention and control has also warned of rising cases in the community.

Only 13.12 percent of the province’s adult population are fully vaccinated, the committee added.

To curb the pandemic, the People’s Committee in Soc Trang has requested public servants to avoid public places and required all arrivals to file health declarations and undergo rapid testing.

The provincial administration is expected to hold a teleconference on Monday to seek advice on pandemic response, quarantine, and treatment from Ho Chi Minh City’s Cho Ray Hospital.

In An Giang, dine-in service has been banned across Long Xuyen City since 5:00 am on Sunday.

In other locales of the province, eateries must operate at only 50 percent and must not serve beer and alcohol.

In Buon Ma Thuot City, Dak Lak, people must be vaccinated with at least one shot or test negative for COVID-19 to enter local markets.

Provincial authorities have asked Ho Chi Minh City to assist them in building the second makeshift hospital with the capacity of 1,000 beds.

Meanwhile, officials in Kon Tum have required all students to switch to remote learning since October 25.