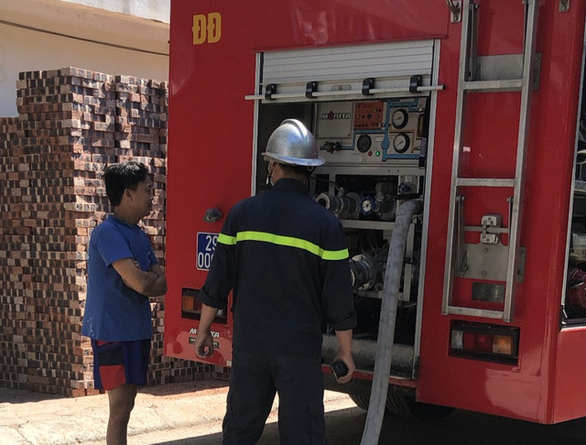 Police in Hanoi are investigating the cause of a house fire that killed a 65-year-old paralyzed man in Dong Da District on Tuesday afternoon.

The fire broke out at a five-story house measuring about 15 square meters wide down an alley on Dong Cac Street in Dong Da District’s Kim Lien Ward and trapped the man inside.

Upon receiving the report on the case, rescuers swiftly arrived at the scene and put out the fire minutes later.

However, the marooned man had already died when rescuers managed to get into the house.

The victim was identified as N.T., a 65-year-old man suffering paralysis after a stroke.

At the time of the fire, he was alone at home.

Functional forces determined that the fire, which was small-scale, was possibly caused by the victim while smoking tobacco.