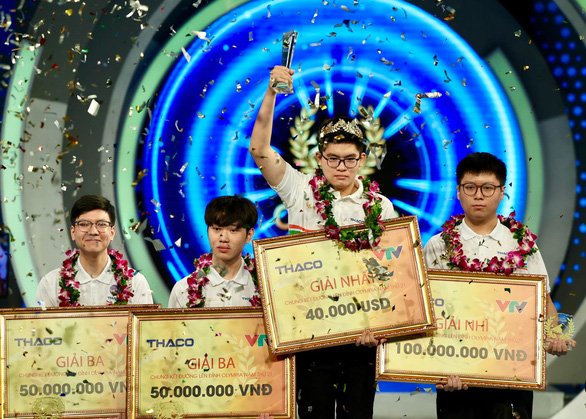 -- The Hanoi Department of Health has approved the proposal of the Hanoi Center for Disease Control to reduce the interval between two doses of AstraZeneca COVID-19 vaccine to at least four weeks, instead of eight weeks as before.

-- Authorities in southern Binh Phuoc Province will begin vaccinating more than 130,000 children from 12 to 17 years old, starting Monday through April 30, 2022.

-- The administrations of many districts in Hanoi have planned to set up 508 mobile medical stations to facilitate health monitoring of people in home quarantine in case COVID-19 infections rise beyond the capacity of centralized quarantine facilities in the capital city.

-- Nguyen Hoang Khanh, a student of Bach Dang High School in northern Quang Ninh Province, was named the winner of the 21st edition of the Road to Olympia Peak, the biggest quiz show on TV for high school students in Vietnam with a valuable scholarship given to the champion, which ended in Hanoi on Sunday.

-- “Cristiano Ronaldo’s hopes of playing in a record-equalling fifth World Cup hang in the balance after Serbia stunned Portugal 2-1 in Lisbon to qualify for the 2022 World Cup,” AFP reported.

-- “Austria is placing millions of people not fully vaccinated against the coronavirus in lockdown as of Monday to deal with a surge in infections to record levels and the growing strain on intensive-care units,” Reuters cited the government as saying on Sunday.