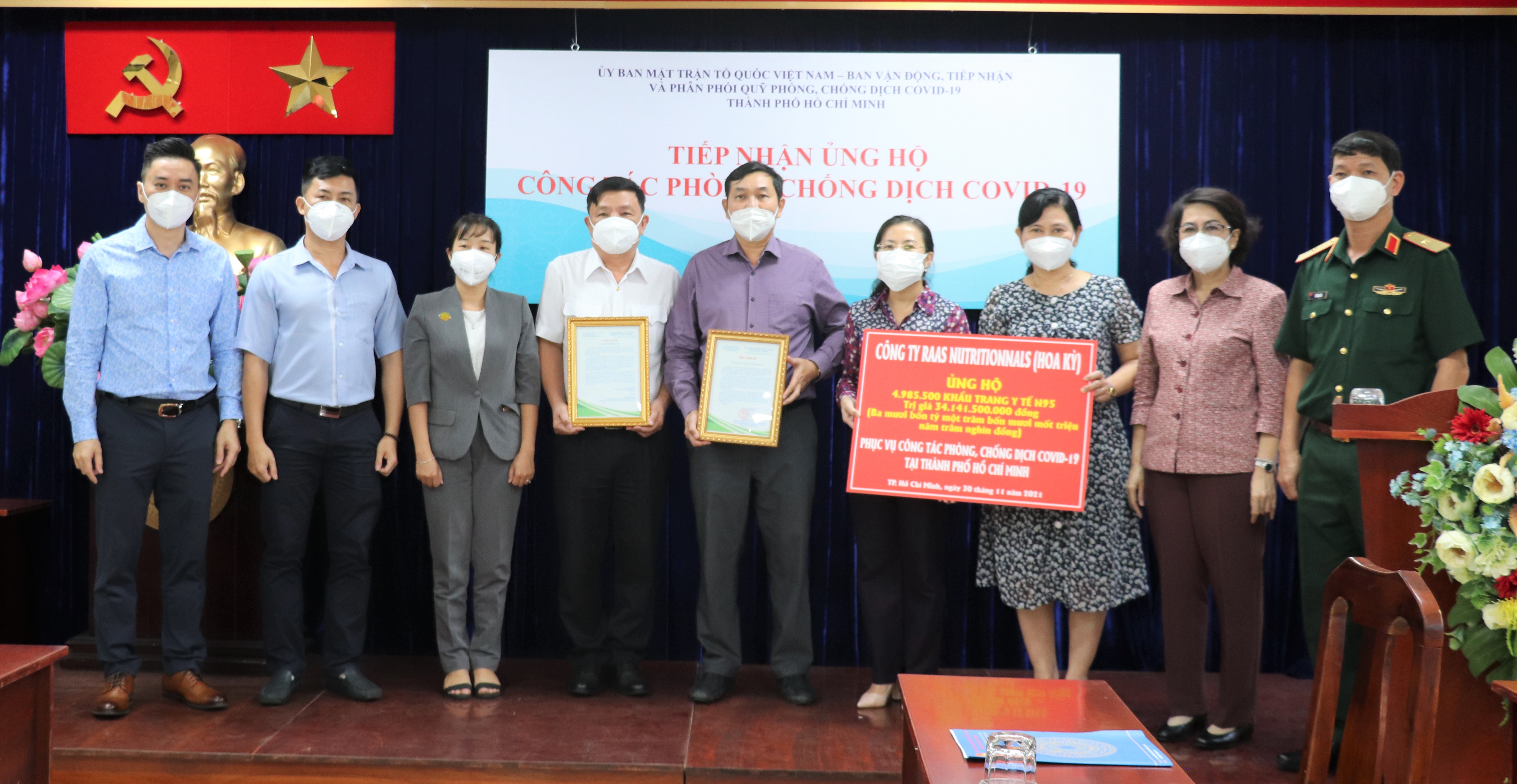 A U.S. company has donated nearly five million N95 face masks worth more than VND34.1 billion (US$1.5 million) to Ho Chi Minh City to assist in the local COVID-19 prevention and control efforts.

The Vietnam Fatherland Front Committee in Ho Chi Minh City received the donation from RAAS Nutritionals Company during a ceremony on Tuesday afternoon.

At the ceremony, To Thi Bich Chau, chairwoman of the municipal Vietnam Fatherland Front Committee, extended her gratitude toward RAAS Nutritionals for supporting the fight against COVID-19 in Ho Chi Minh City.

The metropolis has received a lot of attention and support from localities, businesses, and individuals in Vietnam as well as other countries, which have contributed largely to the local pandemic prevention and control efforts, Chau continued.

The city has so far received more than 210 donations including medicine, medical supplies, and medical equipment worth over VND2.7 trillion ($118 million), she added.

Ho Chi Minh City has been the largest COVID-19 epicenter in the country since the fourth virus wave started on April 27, with more than 470,400 local infections.

Health workers had administered over 14.6 million vaccine doses as of Tuesday, with about 6.7 million out of nine million people in the city fully inoculated.