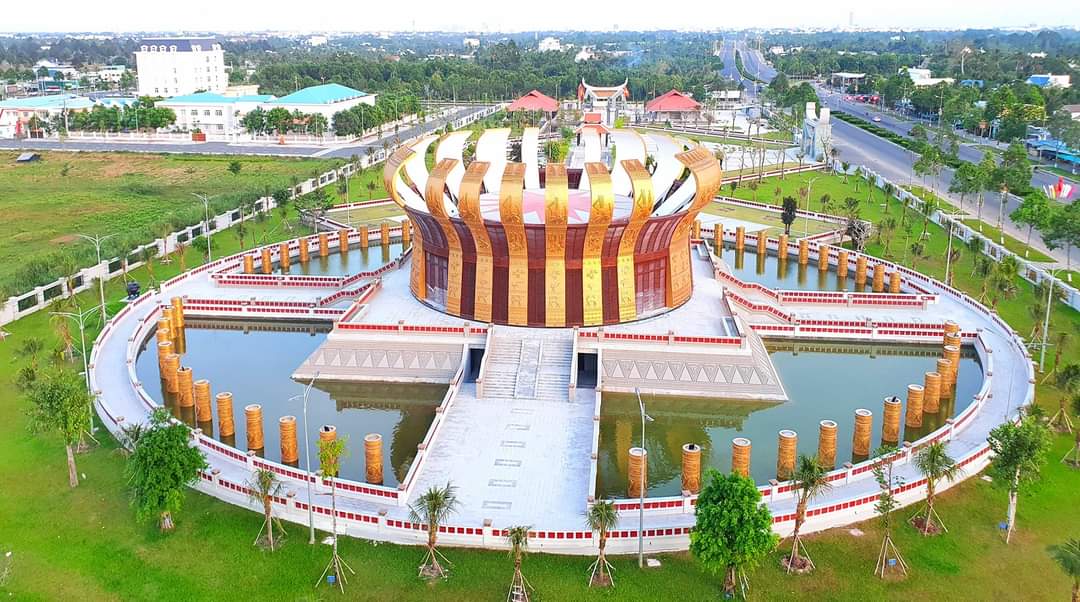 Vietnam president attends inauguration of Hung Kings Temple in Can Tho

Vietnamese State President Nguyen Xuan Phuc attended on Wednesday the inauguration ceremony of the Hung Kings Temple in the Mekong Delta city of Can Tho.

In his remarks, President Phuc said the construction of the temple is not only to honor the national ancestors but also to affirm the nation’s independence and self-reliance.

He expected the Hung Kings Temple in Can Tho to create a connection with a similar temple in northern Vietnam and to become a tourist attraction in the Mekong Delta region.

The leader also requested local authorities to effectively manage and preserve the architecture.

The Hung Kings Temple covers an area of more than 39,000 square meters in Binh Thuy Ward, Binh Thuy District, Can Tho City.

Costing VND129.5 billion (US$5,600), the temple was designed and constructed by Van Phu - Invest Investment JSC.

Aside from the main temple, the venue also consists of stelae, a ritual house, an operator house, roads and yards, trees, and lawns.

The highlight of the work is the main temple, which is shaped as a bronze drum with 18 sculpted pillars representing the 18 Hung Kings of Vietnam.

The building is 19.5 meters tall and covers nearly 1,300 square meters.

The main temple is surrounded by a lake and 54 pillars representing 54 ethnic groups in Vietnam.

The Hung Kings Temple in Can Tho City is open to visitors from Thursday.

Hung King is the title given to the ancient Vietnamese rulers of the Hong Bang period (2879–258 BC), according to the Vietnam News Agency.

The worshipping rituals of the Hung Kings was recognized as UNESCO Intangible Cultural Heritage of Humanity in 2012.