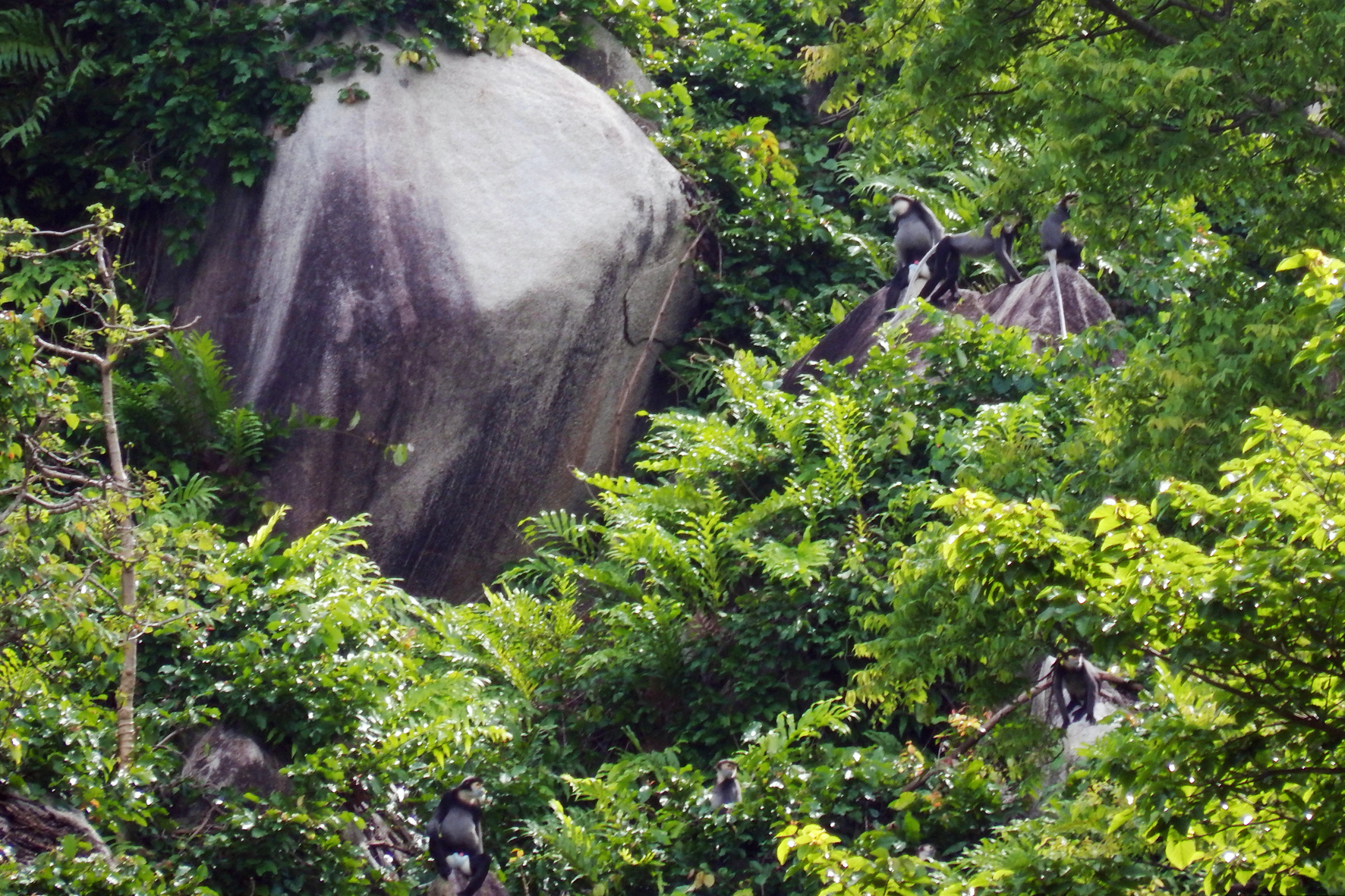 The People’s Committee of Dong Nai announced the result of the review, of which the provincial Department of Agriculture and Rural Development took charge, on Friday.

The seven groups include around 159 to 192 black-shanked douc langurs, which have grown well and are in the expanding stage of population growth.

In particular, each herd has adult and semi-adult males and females, juveniles, and newborns.

Officers also noticed the langurs’ separating from their original herd and merging into a new group during the review process.

In addition, the officers identified 154 plant species that are food for the black-shanked douc langurs, accounting for 48.7 percent of the total plant species in the reviewed area.

The langurs do not eat bark, other animals, and insects.

The related departments of Dong Nai have proposed a number of urgent solutions for conserving these rare packs of langurs.

Chua Chan Mountain, also known as Gia Ray or Gia Lao Mountain, is the second-highest mountain in Vietnam’s southeastern region after Ba Den Mountain in Tay Ninh Province, with an altitude of 837 meters.

It is one of the charming and unique landscapes in Dong Nai and an attractive tourist destination for nature exploration.

The mountain has been recognized as a national scenic relic since 2012.