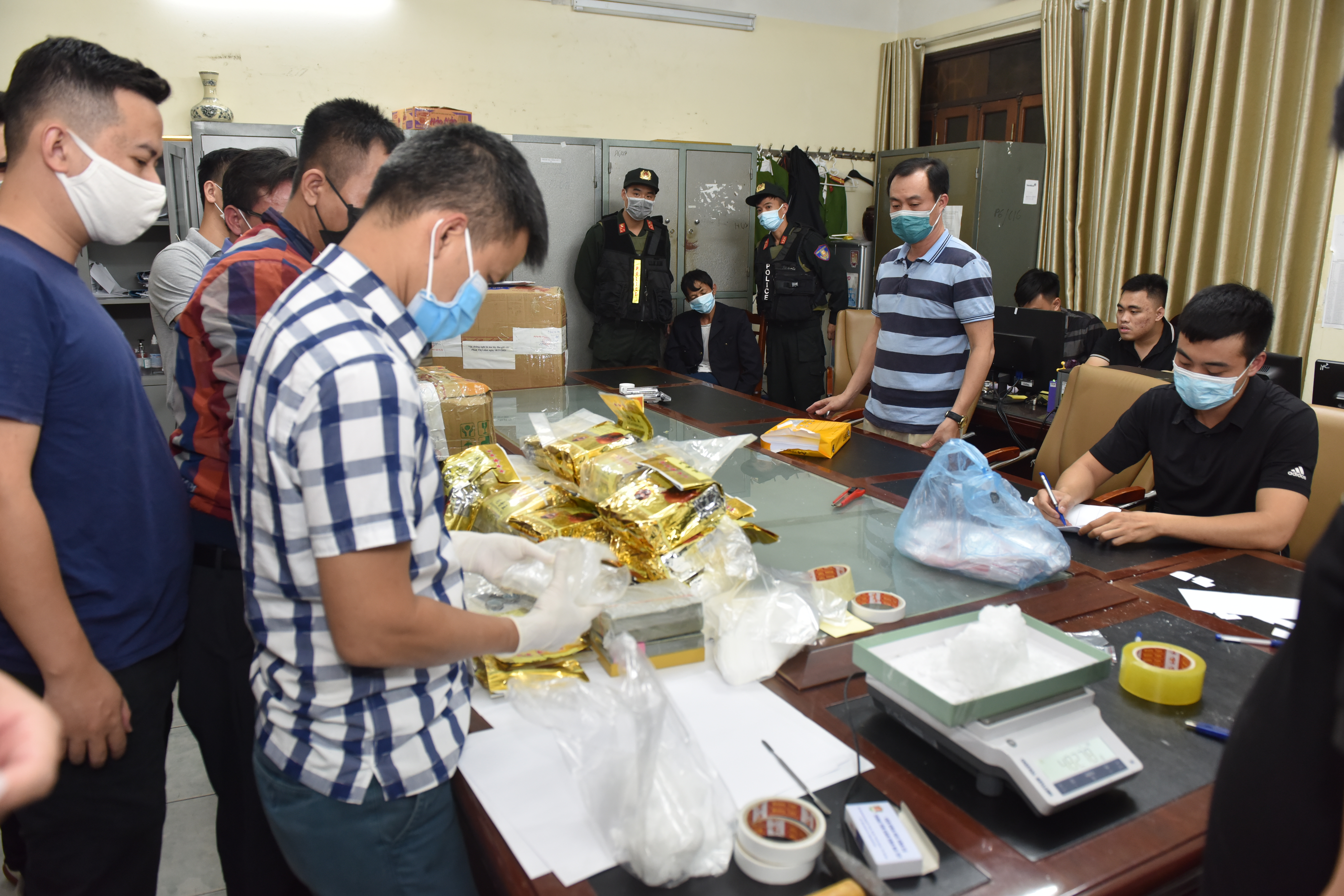 Police in Vietnam solved more than 10,000 drug-related cases in the first six months of 2022, confiscating upwards of 1.3 metric tons of narcotics of various types.

Major General Nguyen Van Vien, head of the Investigation Police Department on Drug-related Crimes under the Ministry of Public Security, on Tuesday reported about the result of the unit’s crime fighting efforts in this year’s first half.

Anti-drug police nationwide dealt with more than 10,000 cases during this period, arresting over 16,000 suspects and confiscating 397 kilograms of heroin, 838 kilograms of synthetic drugs, and 71 kilograms of marijuana, Vien elaborated.

The production, trading, transportation, and use of drugs, especially synthetic drugs in Southeast Asia, have become increasingly serious, posing many challenges and difficulties to police officers in the country.

To cover their tracks, many rackets took advantage of express delivery services and consignment of goods and gifts via airway to smuggle drugs from Europe to Vietnam.

The drugs were then sold to local users or shipped to a third country.

Statistics show that Vietnam currently has more than 217,000 drug addicts that are under the management of competent authorities, up by 11,000 people compared to late 2021, Viet continued, adding that there are over 59,000 drug users.

“The demand for narcotics in the country is high and rises every year, posing potential threats to social security and order,” the police official stressed.

The illegal use of narcotics tends to increase after the COVID-19 pandemic was put under control as facilities running sensitive services are allowed to resume normal operations, he added.