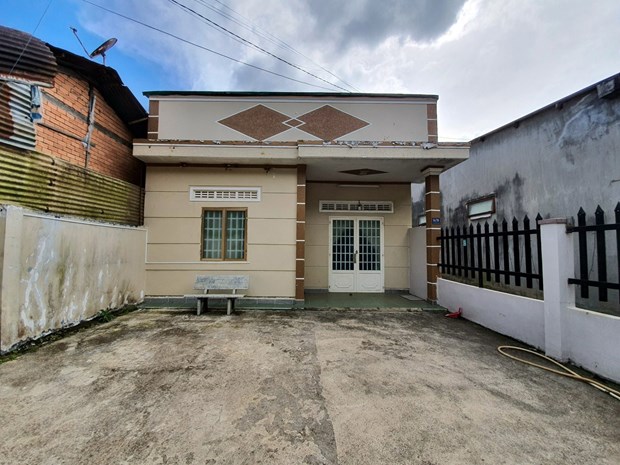 A woman in Vietnam’s Hue City has requested police in Lam Dong Province to clarify the death of her mentally-disabled son after the boy was left in the care of a man in the province, who said the boy died of COVID-19 and was burnt into ashes.

The woman, L.K.L., 27, of Thua Thien-Hue Province, on Sunday said she had sent a denunciation to Lam Dong police asking for clarification of the death of her son after the boy was left in the care of a man for treatment of the medical problem, Nguoi Lao Dong (Laborer) newspaper reported on Sunday.

The accused man is L.M.Q., 45, a Hue resident but he temporarily resides in Lam Dong, to whom L. and her husband handed their son in early March.

Earlier in April, the boy’s father, N.H.N., sent a similar accusation to Hue police who then transferred the case to Lam Dong police for handling since the boy died in the province.

In the document, the 45-year-old father said his family discovered that their child had signs of retardation earlier this year and their acquaintances introduced them to Q. as the potential curer of their son’s illness.

Q. requested that the boy be sent to his treatment facility in Lam Dong’s Bao Loc City to be treated as an inpatient for two to three years at a cost of VND200 million (US$8,550) per month.

Agreeing to the man’s plan, N. and his wife took the boy to Bao Loc and handed him over to the man in early March 2022.

They also issued a power of attorney to authorize the man to bring up their son and transferred VND600 million ($25,650) as a deposit for the treatment process.

When the two sides met on March 27, Q. informed them that the boy died of COVID-19 and he used firewood to burn his body into ashes, without reporting the case to local authorities.

Q. then gave the family an urn that he said contained the boy’s remains, N. said.

Explaining why the cremation was made, Q. claimed he had been afraid that “the dead body would be decomposed during the transport from Lam Dong to Hue.”

The man returned VND600 million to the family and offered to pay the entire cost of the boy’s funeral.

As the death of the boy was not confirmed by any health agency or local authorities, and the family also received information that Q. might have violated the boy’s body, N. decided to report the case to Hue police for investigation.

After receiving the case transferred by their counterparts in Hue in April this year, Lam Dong police launched an investigation but on August 16, they issued a decision to suspend the investigation, N. told Tuoi Tre (Youth) newspaper.

In the suspension decision, police officers explained that no forensic examination results were available and that the aggrieved party had yet to provide investigators with important objects and documents as required.

“Therefore, I later handed part of the ashes contained in the pot to police for such forensic examination,” N. said.

When contacted by Tuoi Tre reporters, Truong Minh Duong, chief of Lam Dong police, said he is asking relevant departments to report the case and will explain why the suspension of investigation has been issued.

Le Thi Theu, director of the Lam Dong Department of Labor, War Invalids, and Social Affairs, affirmed that the address of Q.’s treatment facility in Bao Loc City is not in the list of licensed facilities for treatment of children with retardation, disabilities, or suffering the effects of Agent Orange.