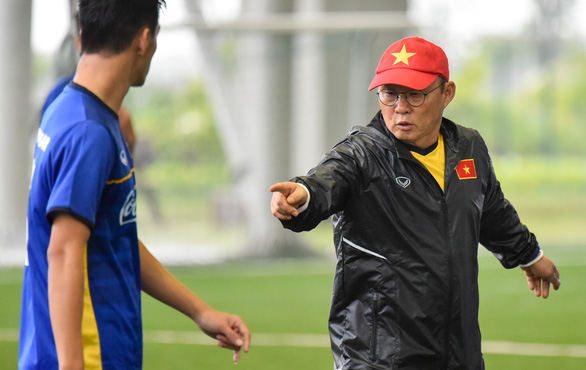 Another Southeast Asian (SEA) Games, another hope that Vietnam can end its quest to take home the men’s football gold medal. That thirst may finally be quenched this year, with South Korean coach Park Hang Seo having agreed to take the helm of the Vietnamese team at the upcoming competition.

Vietnam won the men’s football gold medal at the first SEA Games in Thailand in 1959, but efforts to win the second would only fail, one edition after another, in the next 60 years.

Hopes were rekindled this year when it was expected that coach Park Hang Seo, who led Vietnam to a string of historic successes both at regional and continental arenas over the past year, would continue his magic with the under-22 team at the 2019 SEA Games, to take place in the Philippines in November.

Park, who is also in charge of the senior team for their 2022 FIFA World Cup qualification campaign, at first refused to take the wheel at the junior squad, saying he could become overworked and thus fail to bring the best possible results to both teams.

The 60-year-old manager suggested that Vietnam Football Federation (VFF) task his assistant, Lee Young Jin, 55, with leading the U-22 team at the SEA Games tournament so he could concentrate on the World Cup campaign.

However, as VFF, the country’s governing football body, insisted that Park would be able to do well in both roles at the same time, the South Korean manager has changed his mind, confirming that he would take the helm at both the U-22 and senior squads.

As Vietnam also targets to win the gold medal of men’s football at this year’s SEA Games, having Park, who is considered a ‘national hero’ in the football-loving country, lead the U-22 squad makes that goal more reachable than ever.

The gold-medal target and Park’s accepting to work with the junior team were announced by Minister of Culture, Sports, and Tourism Nguyen Ngoc Thien during a meeting with the VFF on Tuesday morning.

“At the upcoming 30th SEA Games, the U-22 team must strive to become the champions after a 60-year wait,” Thien said, adding that football lovers across Vietnam hold high expectations for the young players.

As pressure is on the shoulders of the South Korean head coach, the VFF has satisfied Park’s demand to recruit two South Korean professional assistants, one South Korean fitness assistant, and strengthen the medical team for the two national squads.

From a relatively unknown football coach when he first took charge as manager of Vietnam’s national football team in October 2017, Park has demonstrated a convincing performance throughout four recent major international tournaments in 2018 and 2019.

He now has under his belt a series of achievements, including the second place at the AFC U23 Championship in China and the championship of the AFF Cup, both in 2018.

Under the auspices of coach Park, Vietnam made a fairytale run at the 2019 Asian Cup in the UAE in January, progressing into the knockout stage as one of the four best third-placed teams.

At Tuesday’s meeting, Minister Thien also set a target for the women’s football team to successfully defend their title at the 2019 SEA Games.

In stark contrast to the men's team, the Vietnamese ladies have struck gold at five SEA Games editions.