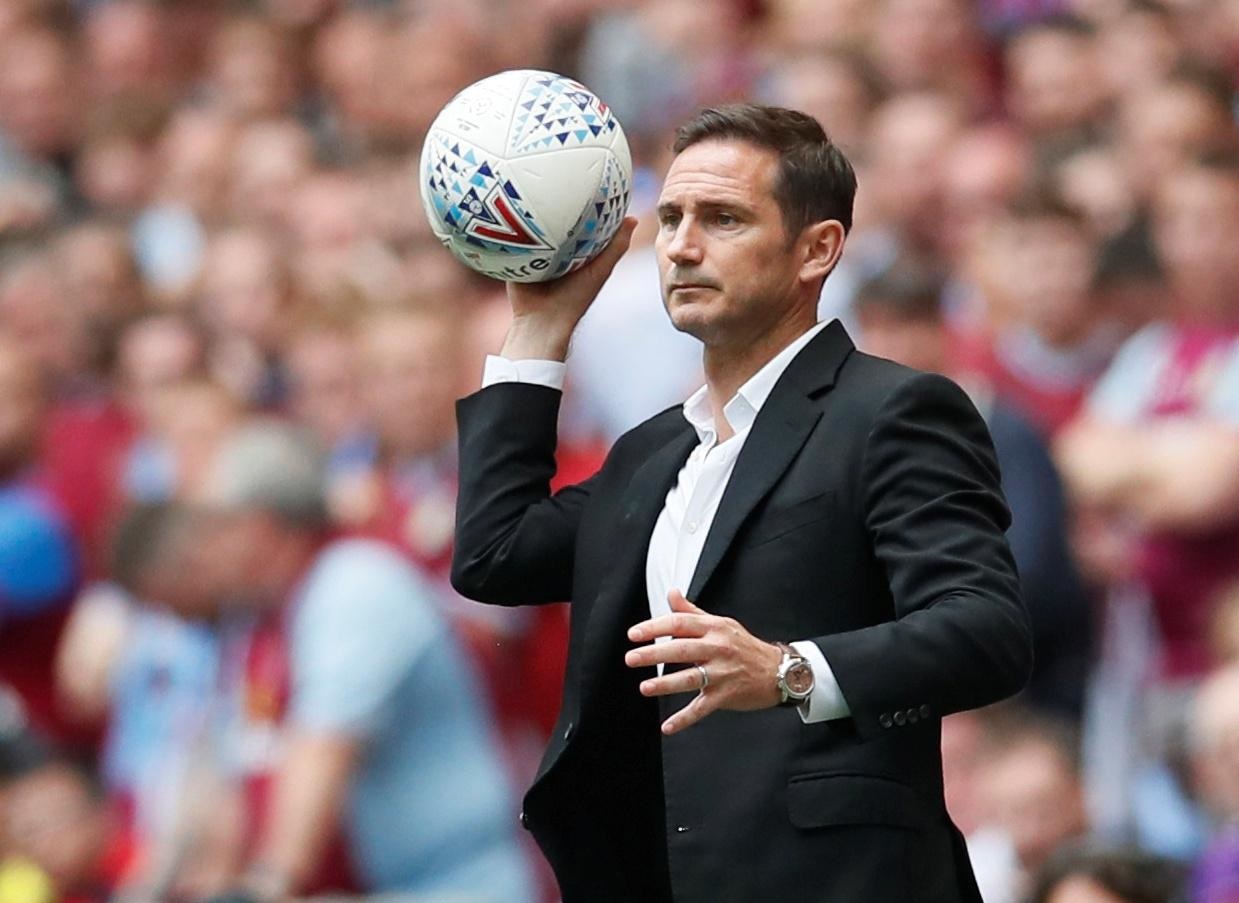 Chelsea appointed Frank Lampard as their manager on Thursday, as owner Roman Abramovich turned to a fan favourite rather than an experienced hand to replace Maurizio Sarri and lead the club into a new era.

Lampard, adored by Chelsea fans as the heart and soul of the club’s midfield during a trophy-laden 13 years at Stamford Bridge, was handed a three-year contract having left second tier Derby County.

"I am immensely proud to be returning to Chelsea as head coach," Lampard told the club website here.

“Everyone knows my love for this club and the history we have shared, however, my sole focus is on the job in hand and preparing for the season ahead.

“I am here to work hard, bring further success to the club and I cannot wait to get started.”

A relative rookie as a manager, the 41-year-old Lampard earned plaudits for taking Derby into the Championship playoff final in his first year in the dugout — even if they just missed out on promotion to the Premier League.

Derby said an undisclosed compensation package had been agreed with Chelsea and wished Lampard well.

Lampard’s assistant and former Chelsea midfielder Jody Morris is returning with him to Stamford Bridge along with first team coach Chris Jones.

His rebuilding efforts at Chelsea will also be hampered by a FIFA transfer ban.

“The fans adore Frank, but he’s going to need time,” he told Sky Sports television. “You’ll have to be patient and I think everyone will be, because it is Frank Lampard.

“The players will respect him, but patience will be the key because Chelsea are a hiring and firing club, no matter what you say...it almost feels like they may have to change that process and say from the outset Frank’s going to be given time

“The fans I have no doubt will give him time. But to say this year he’s got to get in the top four and things like that, I think that’s unfair. You have to be realistic.”

Sarri, who departed after one season at Stamford Bridge, guided Chelsea to the Europa League title and third place in the Premier League but was never loved by Chelsea fans.

“Lamps” will have no such problems.

The former England midfielder played a key role in Chelsea’s golden era, making 648 appearances and scoring a club record 211 goals between 2001-2014. In that time, he won three Premier League titles as well as the Champions League.

“After 13 years with us as a player, where he became a club legend and our record goalscorer, we believe this is the perfect time for him to return and are delighted he has done so,” Chelsea director Marina Granovskaia said.

“We will do everything we can to ensure he has all the support required to be a huge success.”

Lampard’s former Chelsea team mate Petr Cech joined the club as a technical and performance advisor last month, and the pair will play a key role in the overhaul of the playing squad.

Chelsea, however, were handed a two-window transfer ban by world soccer’s governing body FIFA in February for breaching rules regarding the international transfer and registration of players under 18.

The club appealed against the ruling at the Court of Arbitration for Sport last month.

The ban could force Lampard to put his trust in youngsters, a blueprint he developed at Derby where he blooded a number of Chelsea loanees.

Fikayo Tomori, Mason Mount and Tammy Abraham were all involved in the playoff final at Wembley and they could all be back in west London next season.

With teenager Callum Hudson-Odoi having made the breakthrough under Sarri last season, Lampard may appear the ideal choice to construct a Chelsea side based on youth.

Chelsea, who finished third in the league last season, kick off their 2019-20 campaign against Manchester United on Aug. 11.

“I think if they were to finish in the top four, that would be an amazing season,” said Redknapp.

“Top six is a certainty with the players they’ve still got, and the manager. I’ve got no doubts they will do that.”