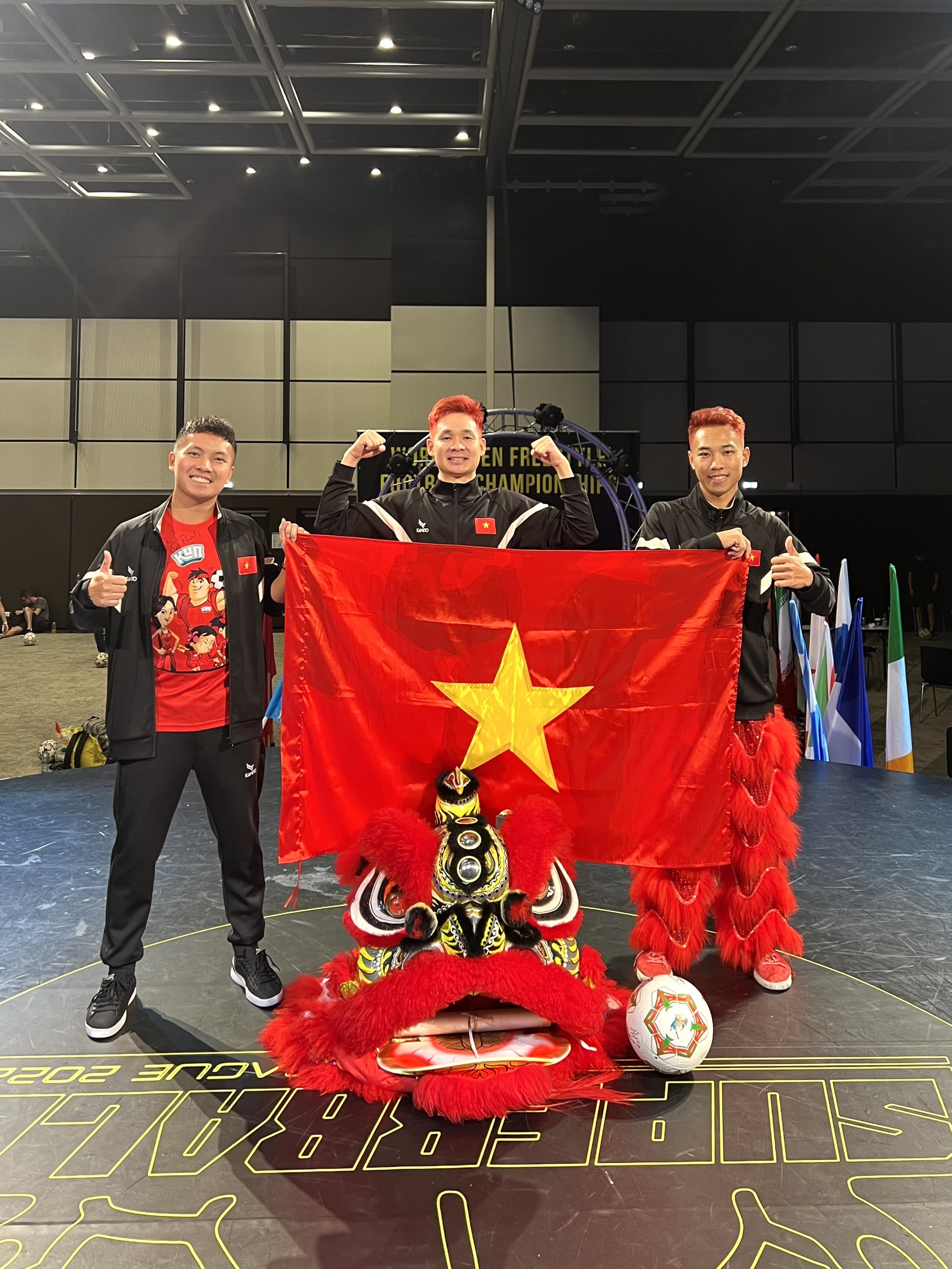 This is the first medal at a world-level tournament in Vietnamese freestyle football history.

With the cheers of about 100 Vietnamese people living in the Czech Republic, the Vietnamese duo delivered an outstanding performance in the final round that earned them a perfect 25 points, equal to that of the champion pair from Japan, Yosshi and Yuji.

However, the Vietnamese representatives were announced the runners-up due to a lower score in the qualifying round.

“We are very honored and proud to be present at the world’s largest freestyle football tournament for the first time,” said Quang.

“In the qualifying round, because of nervousness and lack of confidence, we made a few mistakes while performing.

“However, in the final exam, we felt very comfortable, so we showed our full abilities.

“A perfect score in the final round is a great recognition for us.”

“I feel really happy about winning a silver medal the first time I stepped into such a world arena which no Vietnamese freestyle football player had ever attended before,” Tuan said.

Quang, 28, triumphed at the recent Tet Freestyle Football 2022 competition in Hanoi while Tuan, 24, was awarded the second prize.

Their performance at the Super Ball 2022 was choreographed by coach Do Kim Phuc, an Asian freestyle football champion.

The Super Ball 2022 took place in Prague, the capital city of the Czech Republic, from August 9 to 13, attracting an estimated 400 participants from over 45 countries.

Its organizers dubbed the tournament the biggest and most prestigious open competition of freestyle football in the world.

This year’s edition of the tournament included seven disciplines, each of them with their male and female categories -- namely freestyle battles, freestyle routine, double routine, sick three, challenge, show flow, and iron man.