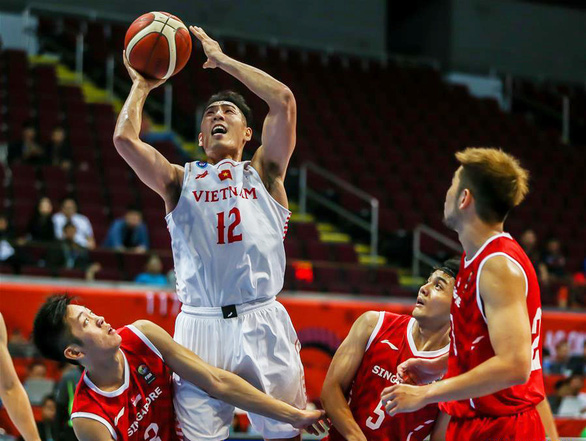 Viet Capital Commercial Joint Stock Bank, also known as Viet Capital Bank, has signed on as an official sponsor for the Vietnamese men’s national basketball team during the squad’s appearances in both the Vietnam Professional Basketball League (VBA) and this year’s Southeast Asian Games.

The men’s national basketball squad will compete as the eighth team in the VBA, joining the Saigon Heat, Cantho Catfish, Danang Dragons, Hanoi Buffalo, Hochiminh City Wings, Thanglong Warriors, and Nhatrang Dolphins prior to partaking in the 2021 SEA Games scheduled for November and December in Hanoi.

According to a team roster recently published by the Vietnam Basketball Federation (VBF), Connor Nguyen serves as the national team’s general manager while American Kevin Yurkus, who contributed to the team’s bronze medal at the 2019 SEA Games in the Philippines, will take the helm as head coach.

Viet Capital Bank’s sponsorship of the team was announced following the release of the roster.

Previously, Viet Capital Bank sponsored the VBA, the Saigon Heat during their appearances in the ASEAN Basketball League, and the national team at the 2017 and 2019 SEA Games editions.

“The ability of physical training, sports, and community activities to spread and build positive values for the society is what Viet Capital Bank always focuses on,” explained a representative of the Vietnamese lender.

The representative went on to discuss the growing popularity basketball has enjoyed throughout Vietnam in recent years.

“Vietnamese basketball has undergone many changes and is now quite popular amongst young people," he said.

"This year, Viet Capital Bank is honored to continue accompanying the VBA and the VBF.

"We hope to contribute to the national team’s success as well as to the development of the country’s basketball.”

Initiated in 2016, the VBA is now gearing up for its sixth season, scheduled to kick off this May and last until September.