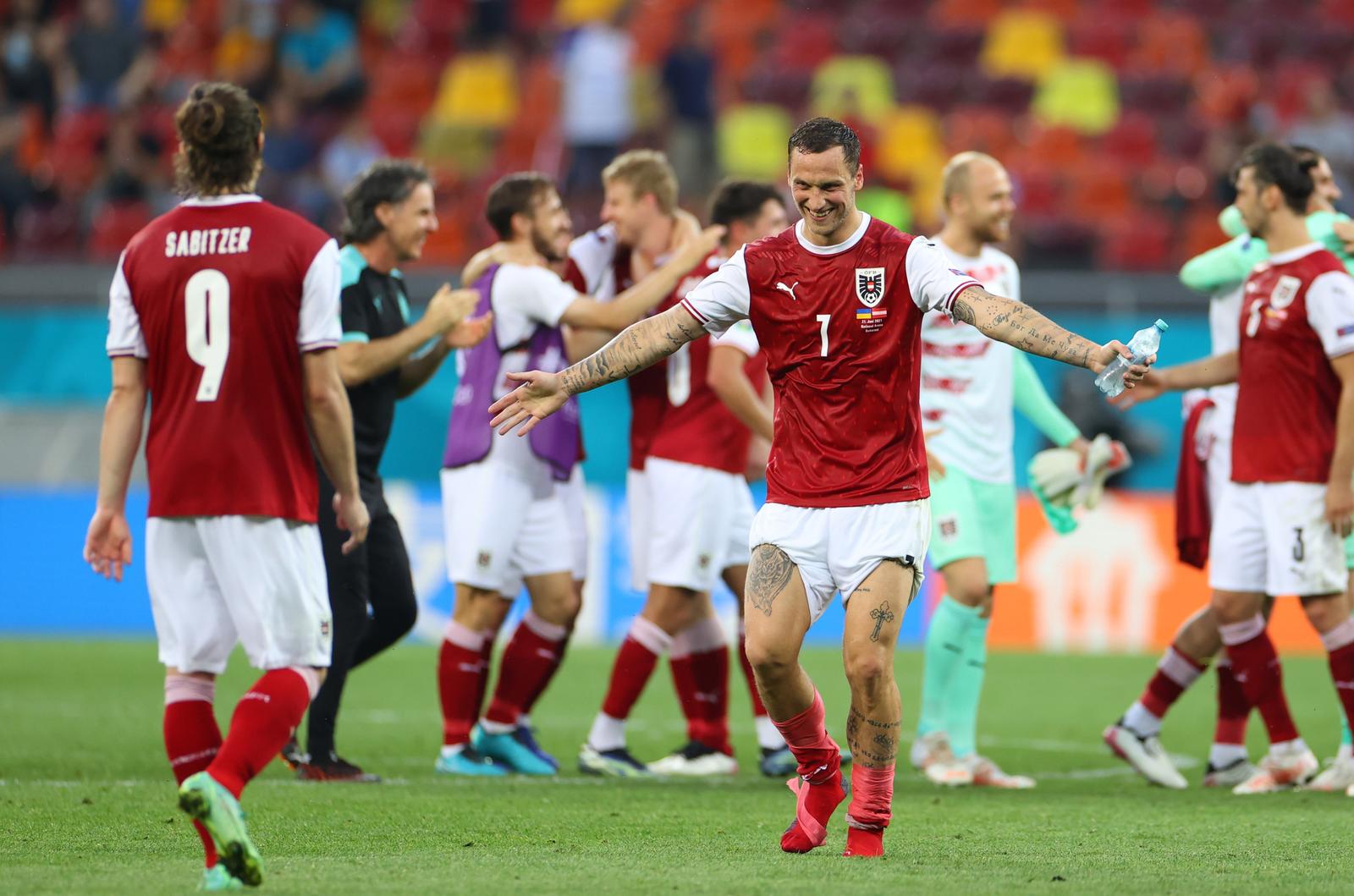 Austria advanced to the European Championship knockout stages for the first time after they beat Ukraine 1-0 in their final Group C match on Monday to finish second and set up a last 16 clash with Italy.

The Netherlands, who were confirmed as group winners after beating both Ukraine and Austria, defeated bottom side North Macedonia 3-0 in the other fixture to finish with nine points while Austria have six from two wins.

Christoph Baumgartner, who looked shaken after a clash of heads with Illia Zabarnyi minutes earlier, scored in the 21st minute from a corner when he beat the Ukrainian defender to prod home from a teasing David Alaba delivery.

The groggy Austrian midfielder was withdrawn 10 minutes later and his replacement Alessandro Schopf nearly set up a second when he found Marko Arnautovic on a counter-attack but the forward’s side-footed attempt was well off target.

Ukraine, who were sloppy in possession and rarely threatened in the final third, have three points and must wait to see if they advance as one of the four best third-placed teams.