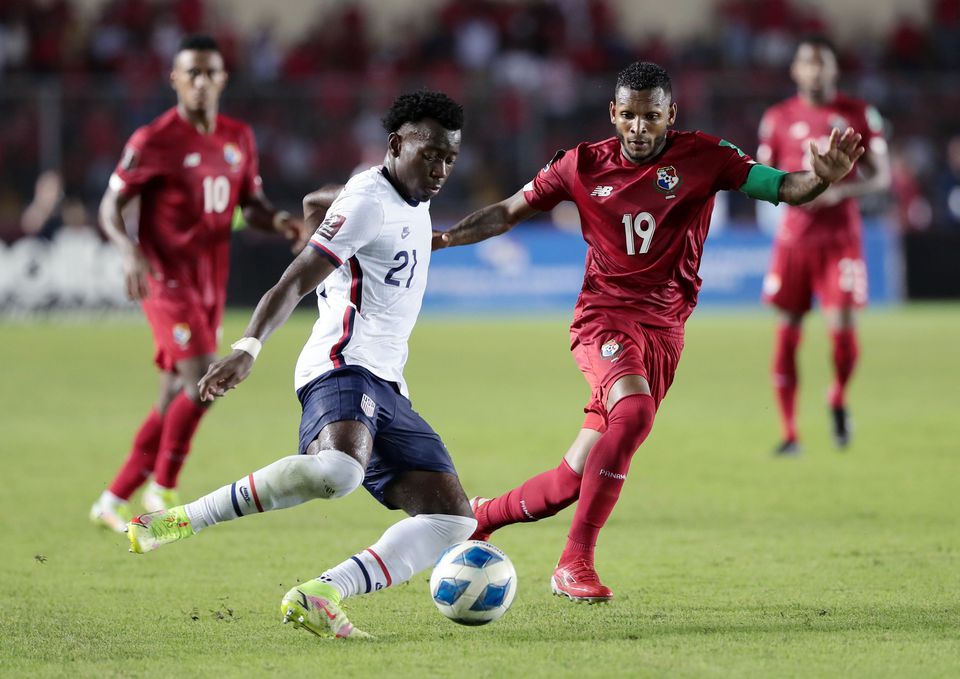 Panama won their first-ever World Cup qualifying match against the United States in Panama City on Sunday, picking up a 1-0 victory in CONCACAF qualifying for the 2022 World Cup.

The U.S. side couldn't find its rhythm and a header from midfielder Anibal Godoy following a corner kick in the 54th minute gave Panama the advantage to roars from the home crowd.

Godoy was taken off on a stretcher in the 67th minute with an injury and a collision between American Kellyn Acosta and Panamanian Armando Cooper late in the second half led to an extended stoppage of play as medical trainers tended to each on the pitch.

"It was clear we didn't have our best stuff," coach Gregg Berhalter told reporters. "I think we came up short in a number of areas."

Berhalter said the focus would pivot now to "regrouping" for Wednesday's match against Costa Rica.

"Overall, we performed below the expectations we have for ourselves," he added.

The match took place four years to the day since the United States suffered a humiliating 2-1 defeat to Trinidad & Tobago that caused them to miss the 2018 World Cup, the first time they failed to reach the tournament since 1986.

The loss on Sunday dropped the United States to second in the qualifying table, after opening the round with two draws and beating Honduras and Jamaica.

The top three teams qualify automatically for Qatar 2022 with the fourth-placed finisher going into an intercontinental playoff for another spot.