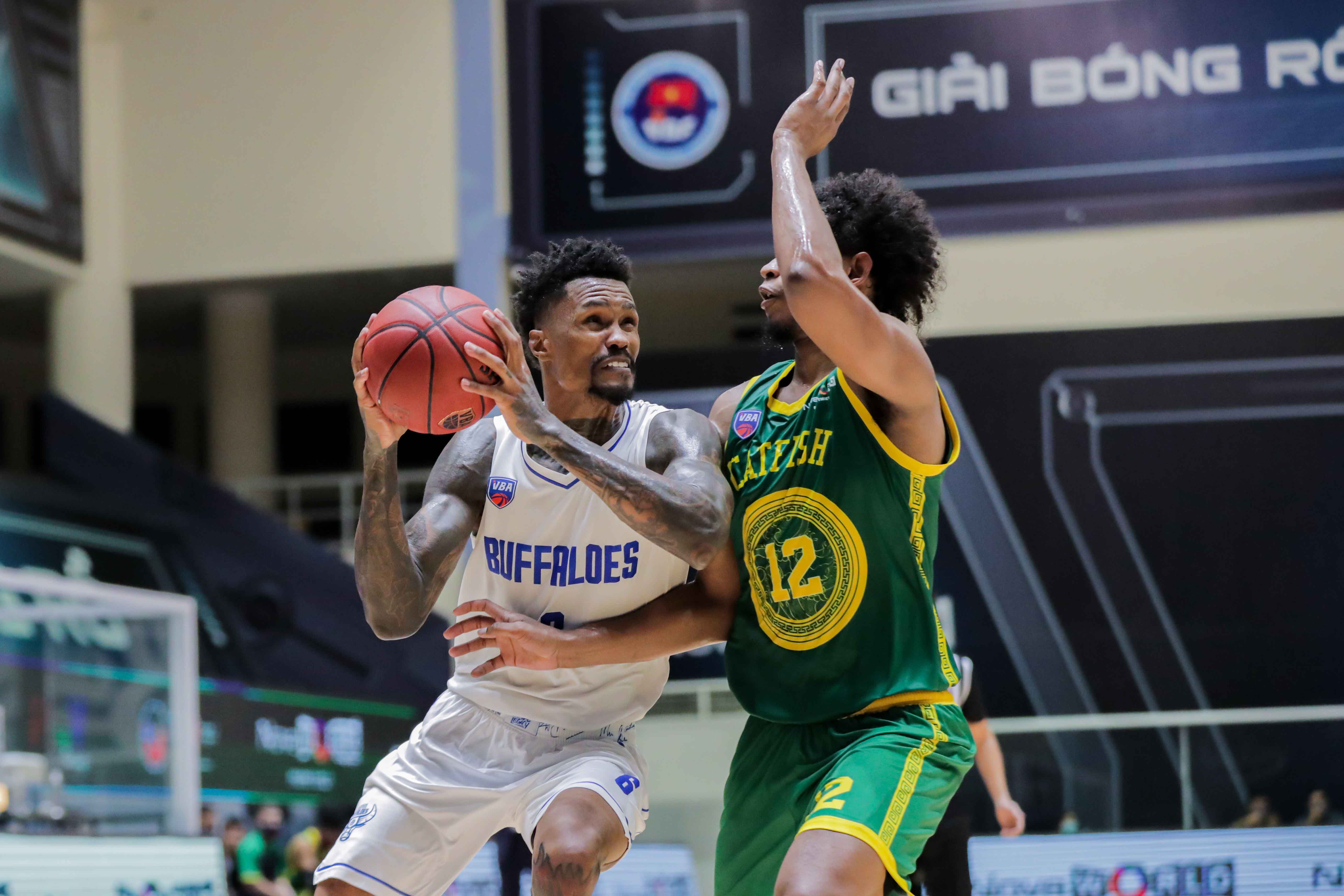 At 2.06m tall, Mike Bell, an American player on the Hanoi Buffaloes, made good use of his height to put up a remarkable performance and help his team make up a win against the Cantho Catfish in the sixth game of the VBA Premier Bubble Games - Brought to you by NovaWorld Phan Thiet.

The Cantho Catfish started on the wrong foot when defender Jarvis Summers got into foul trouble within the first two minutes and had to be replaced.

Still, thanks to Jared Sam and William Tran, the 2018 VBA champions managed to keep pace with the Buffaloes.

Buffaloes’ player Anthony Moody led the team in points in the first quarter, which ended 21-20 in favor of the Buffaloes.

Anthony Moody continued his scoring run into the second quarter, helping his team pull further ahead.

Cantho Catfish Coach Martin Knezevic made tactical adjustments and directed the his players to speed up the game, allowing Jared Sam more space to work and his team to string together 11 unanswered points.

Sang Dinh of the Hanoi Buffaloes ended the streak when he coordinated with Anthony Moody and Mike Bell to help Hanoi pull ahead to a 48-43 to end the second quarter.

The Cantho Catfish made a fantastic comeback in the third quarter thanks to an outstanding performance by Jarvis Summers, who helped his team tie up the match 69-69.

The tactic proved effective despite the excellent performance by 2.07m-tall "giant" Jared Sam, who scored a total of 32 points for the Cantho Catfish in the game.

The Cantho Catfish showed signs of exhaustion in the second half of the game and their main scorers were unable to spend much time holding on to the ball.

Meanwhile, the Hanoi Buffaloes looked unstoppable thanks to Bell, Moody, and Sang, each of whom scored over 20 points in the game.

Mike Bell was named MVP of the game thanks to his 27 points, five assists, and four successful steals in the game.