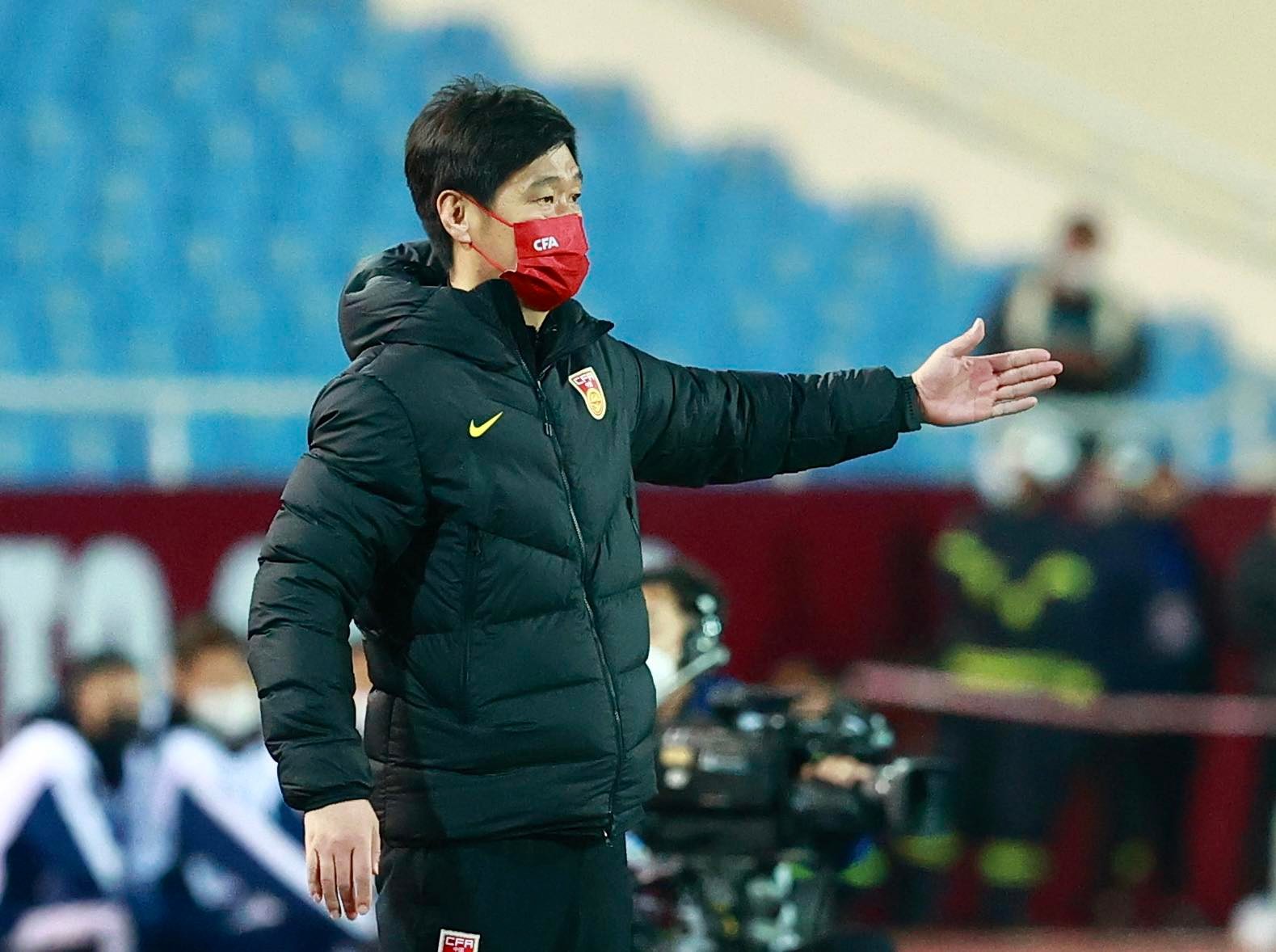 Chinese national men’s football team head coach Li Xiaopeng has extended his apology to fans following his squad’s 1-3 defeat against Vietnam in the 2022 FIFA World Cup Asian qualifier this week, stating that the loss was unacceptable.

The Chinese team had already made several mistakes in the very first minutes of the game, coach Li said during a press meeting following the game at My Dinh National Stadium in Hanoi on Tuesday evening.

“We sincerely apologize to our fans. This is an unacceptable result for the team,” he continued.

Li attributed the loss to problems related to techniques, adding that the team were too worried when facing Vietnam.

On Sina Sports, a Chinese digital sports media platform, many fans expressed their disappointment at the players, insisting that the men’s football team be disbanded.

“Please ban football in the country, China is really not suitable for this sport,” a fan wrote.

At the press meeting, Vietnam head coach Park Hang Seo stressed that the victory was of great significance and went on to thank his players as well as the people of Vietnam.

This is the first time a team in Southeast Asia have won a game in the final round of the FIFA World Cup qualifiers, coach Park continued.

This is also Vietnam's first-ever win over China at senior football level, he added.

Following the game, Prime Minister Pham Minh Chinh, who was among the audience of approximately 6,000 people, came down to the field and congratulated the Vietnamese players and coaches.

“This victory is a gift that the team send to the Vietnamese people on the first day of the Lunar New Year,” PM Chinh remarked.

He also handed lucky money to the players and coaches of the national men’s football team on this occasion.

The goals were scored by Ho Tan Tai, Nguyen Tien Linh, and Phan Van Duc in the ninth, 16th, and 76th minutes of the game.

China’s Xu Xin managed to shorten the gap in the very last minutes of the match.

The Golden Stars, however, had been officially out of the FIFA World Cup finals, hosted by Qatar later this year, following their 0-4 defeat against Australia in Melbourne last week.

Group A includes Iran, South Korea, the UAE, Lebanon, Iraq, and Syria. Iran currently lead Group A with 22 points, followed by South Korea with 20 and the UAE with nine.

Vietnam are at the bottom of Group B with three points, Saudi Arabia on top with 19, Japan coming second with 18, Australia third with 15, Oman fourth with eight, and China fifth with five.

The Golden Stars are scheduled to compete with Japan and Oman in their last two games in March.