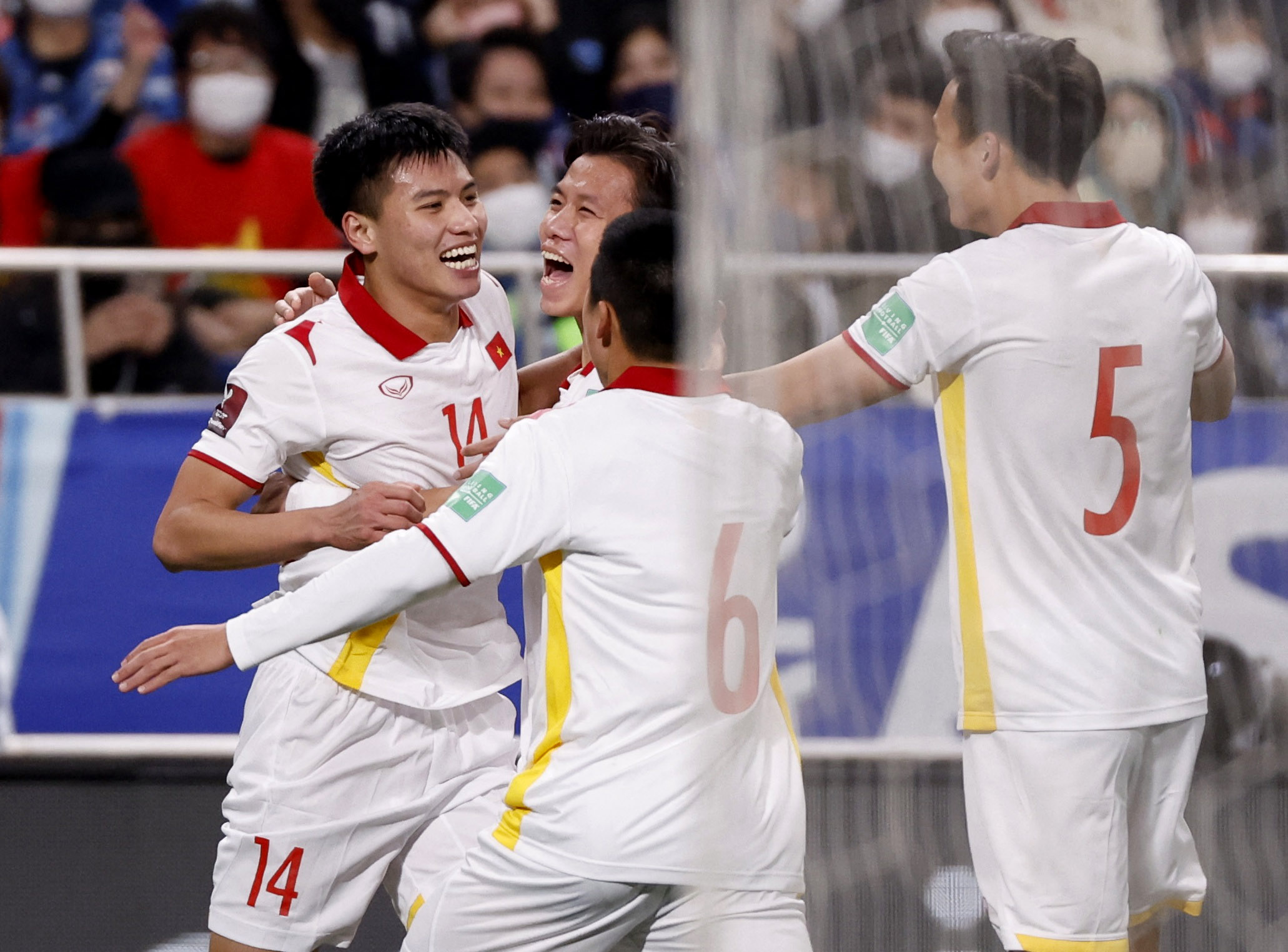 Vietnam stunned Japan but were eventually held to a 1-1 draw in their last game of the 2022 FIFA World Cup Asian qualifiers at Saitama Stadium on Tuesday night.

The Golden Stars shocked the Samurai Blue right at their home, with a powerful header from young star Nguyen Thanh Binh in the first half.

But that was far from enough for Vietnam to close the final qualifying campaign with a second win.

Before the game, Vietnam were at the bottom of Group B with one win and eight losses, while Japan were at the top and already qualified for the finals with seven wins and two losses.

Many key players of the visitors were absent from Tuesday's match due to injuries and COVID-19, while the hosts let many important players rest since they had already accomplished their target.

The course of the match was in line with experts’ predictions as Japan exerted great pressure, forcing the Vietnamese players to defend deeply in the home field.

Japan made three shots in the first 20 minutes while Vietnam only had one, but it was a goal.

Nguyen Cong Phuong took a corner and it found Nguyen Thanh Binh, who knocked it in the far corner and beat Japanese goal keeper Eiji Kawashima in the 20th minute.

After conceding the goal, Japan pushed forward and put tremendous pressure on Vietnam with plenty of chances created. However, Vietnam’s defense was able to withstand it.

Japan made a substitution on the attacking line after the break and were able to equalize eight minutes into the second half.

In the 53rd minute, Vietnamese keeper Tran Nguyen Manh failed to catch the ball cleanly from a long shot and Japan skipper Mayo Yoshida was quick to get a tap-in and made it 1-1.

After the equalizer, tough work piled up for Manh as the Japanese continued to attack.

The hosts got two goals rejected by the VAR room and the sideline referee in the 70th and 88th minutes, respectively.

The game ended 1-1 and Vietnam concluded their maiden appearance at the final round of the FIFA World Cup qualifiers with one win, one draw, and eight losses.

The result means Japan fell to second in the standings as Saudi Arabia defeated Australia 1-0 in Jeddah later on the same day, while Vietnam finished bottom of Group B.

The final round of the 2022 FIFA World Cup Asian qualifiers was contested by two groups of six teams.

Group A included Iran, South Korea, the UAE, Lebanon, Iraq, and Syria while Saudi Arabia, Japan, Australia, China, Oman, and Vietnam made up Group B.

The top two teams from each grouping, including Iran, South Korea, Saudi Arabia, and Japan, have qualified for the finals in Qatar in November-December while the third-place teams, namely the UAE and Australia, will vie for a spot in an inter-continental play-off.