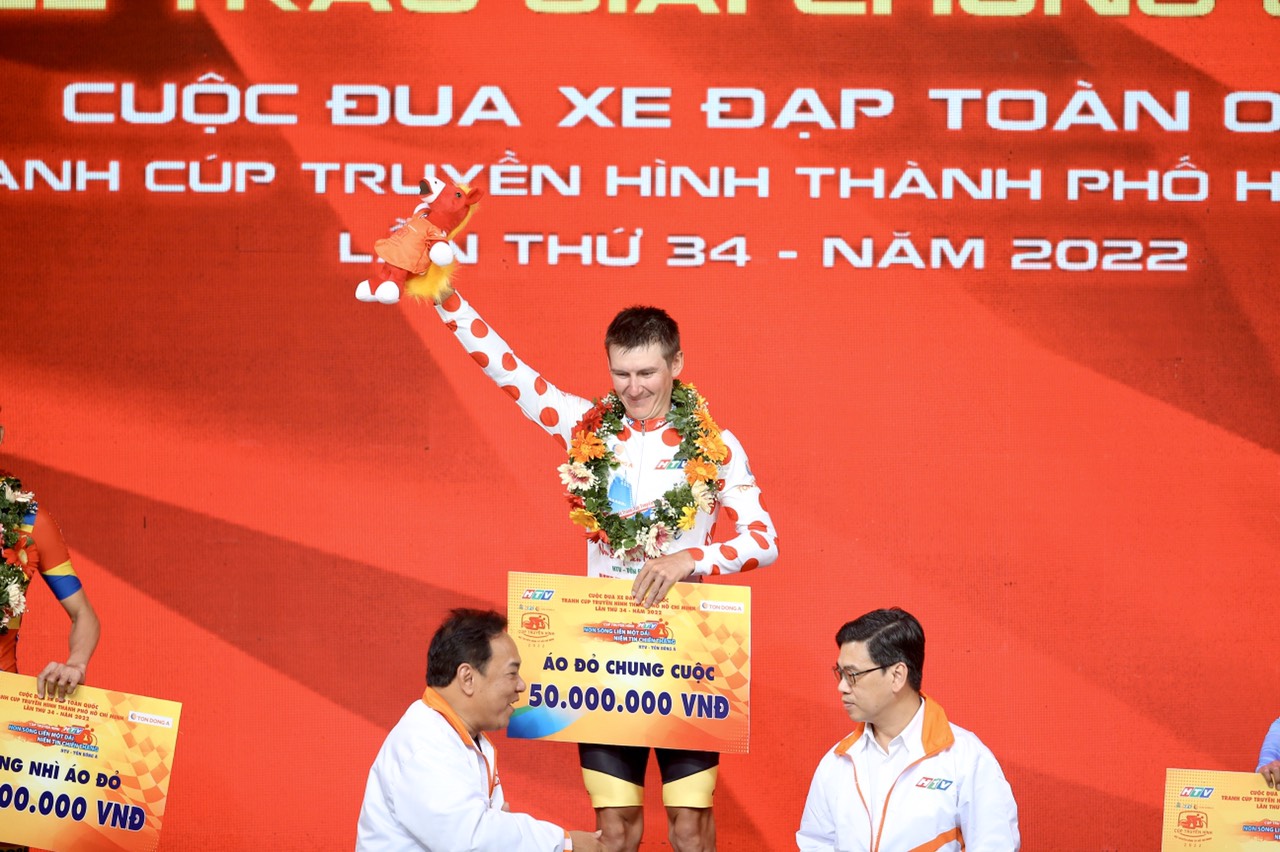 Russian biker Igor Frolov, who had just joined Vietnam’s cycling last month, claimed both the overall and the mountains titles at the 2022 Ho Chi Minh City TV (HTV) Cup tournament after its last round concluded on Saturday morning.

His team, Ho Chi Minh City-Vinama, also won the team championship for the best team performance throughout the 23-stage competition.

About ten kilometers to the finish line, three riders, including Pham Le Xuan Loc of Quan Khu 7, escaped the breakaway.

Loc took the lead until around a few hundreds of meters before the Reunification Palace, the destination of the stage, as Le Nguyet Minh of Ho Chi Minh City-New Group sprinted past him to cross the finish line in the first place.

In addition to recognizing Minh as the final round winner, the organizers presented the most prestigious yellow and polka dot jerseys and the two separate prizes worth VND200 million (US$8,700) and VND50 million ($2,177) for Igor Frolov for winning both of the general and mountains classifications.

The 2022 HTV Cup was Frolov’s debut at a tournament in Vietnam as the Russian just joined Ho Chi Minh City-Vinama last month.

The team was also awarded VND100 million ($4,354) as the new champions of the annual tourney.

The blue jersey and the prize of VND50 million for the points winner went to Nguyen Tan Hoai of Tap Doan Loc Troi.

Meanwhile, Pham Le Xuan Loc won the white jersey and an award worth VND30 million ($1,306) for the best young rider.

The HTV Cup race has been held annually since 1989 and is considered Vietnam’s ‘Tour de France.’

In its 34th edition, the competition took 98 cyclists from 14 competing teams through 2,316.2 kilometers in 23 stages from north to south in celebration of Vietnam’s reunification on April 30, 1975.