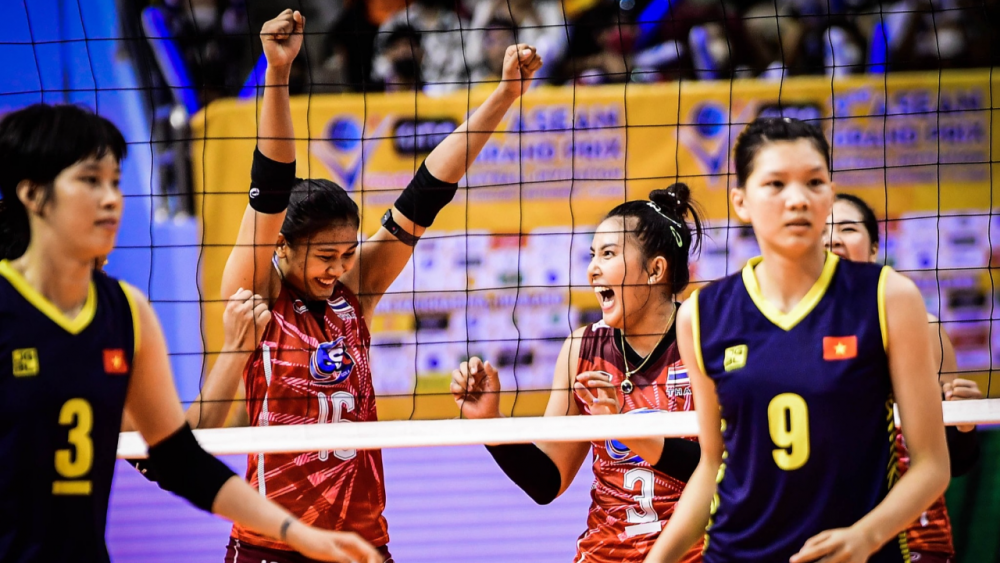 The Vietnamese women's volleyball team earned their best finish at the 2022 ASEAN Grand Prix as runner-up after a 0-3 defeat to host Thailand in their last face-off at the three-day round-robin tournament on Sunday.

As both Thailand and Vietnam won 3-0 against Indonesia and the Philippines in their first two games, Sunday’s match was also considered the final of the tourney.

The host and reigning champion Thailand asserted great dominance in front of their home crowd in Nakhon Ratchasima Province and made light work with scores of 25-19 and 25-17 in the first two sets.

With the determination to make a comeback, the Vietnamese gave their all in the third set and were able to score many leading points.

However, the visiting team could not stop the Thai sweep as the set ended 26-24.

The 3-0 victory saw Thailand win the third straight title without losing a single set, while Vietnam finished as the runner-up.

Indonesia settled for a bronze medal after beating the winless Philippines.

The four-side event promotes women’s volleyball in the region and helps each team sharpen their skills to achieve greater heights and prepare themselves for major competitions.

The event was first held in 2019, including two separate tournaments in Thailand and the Philippines, with Thailand winning the title for both competitions.