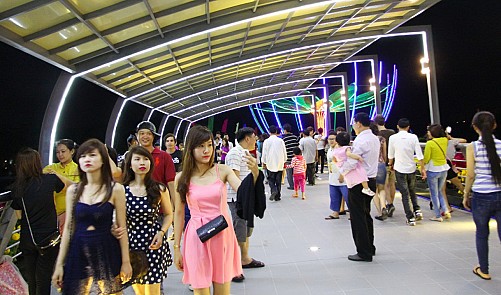 The Mekong Delta city of Can Tho delivered the most satisfactory public service in Vietnam in 2016,  the latest Public Administration Performance Index Report shows.

The findings of the 2016 PAPI Report, which were calculated based on survey responses from over 14,000 randomly selected citizens from all 63 provinces and cities across Vietnam, were announced at a conference in Hanoi on Tuesday.

A province's performance is rated on a scale from 6 to 60 points.

The northern Quang Ninh Province and three southern provinces Binh Duong, Kien Giang and Bac Lieu were the poorest performers in the report in terms of satisfaction with their local public service.

Hanoi found itself among the lowest scoring administrations, performing most badly on the two criteria of vertical accountability and transparency.

Those interviewed found the southern metropolis’ control of corruption and the participation of its local citizens in the most dire need of improvement.

PAPI reports are a collaboration between the Centre for Community Support and Development Studies (CECODES), the Centre for Research and Training of the Vietnam Fatherland Front (VFF-CRT) and the United Nations Development Program (UNDP).

“On the one hand, there has been steady improvement in the performance of public service delivery over the past six years,” said Kamal Malhotra, UN Resident Coordinator and UNDP Resident Representative in Vietnam at Tuesday’s event.

“However, most provinces can do more to improve the competence and attitude of civil servants and public employees and enhance the transparency, responsiveness, and accountability of their institutions.”