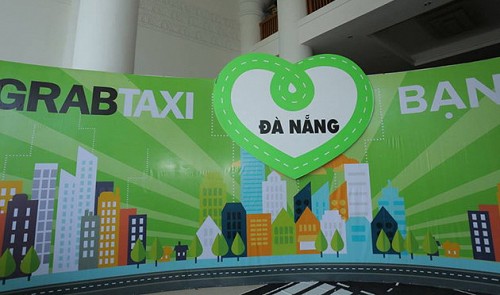 With the central Vietnamese city of Da Nang consistently saying no to Grab, an app-based taxi service, a representative of the Singapore startup has sought help from Prime Minister Nguyen Xuan Phuc.

Da Nang is among five localities Grab is permitted to operate in under a two-year pilot scheme, allowing mobile users to flag a taxi via Grab Taxi or a private car via Grab Car, according to a directive signed by Prime Minister Phuc in October 2015.

In February 2016, the Ministry of Transport, following the PM’s directive, officially began the pilot operation of Grab Taxi and Grab Car in Hanoi, Ho Chi Minh City and Da Nang.

However, in November of the same year, the Da Nang transport department sent a document to Grab Vietnam, asking the company to “stop contracting with local transportation companies," pending a decision from the municipal administration.

The suspension in Da Nang has prompted Yen Hock Lim, an authorized representative of Grab Vietnam, to file a petition to PM Phuc, asking him to urge the central city's administration to allow the service to resume operating.

Grab Vietnam has resorted to seeking help from the highest authority in the country after a previous intervention from the transport ministry was largely ignored by Da Nang officials.

According to the company, on December 23, 2016 the transport ministry sent a document to the Da Nang administration, requesting them to create favorable conditions and provide guidance for Grab Vietnam to run their busines as per the PM’s order.

However, the Da Nang administration has since refused to give a green-light to Grab’s services, according to Lim.

The representative claimed Da Nang authorities had rejected Grab under pressure from local transportation companies, particularly taxi operators, who had seen their business dwindle owing to competition from the app-based rival.

The Da Nang administration has requested an indefinite suspension of Grab services, which Lim said goes against the government’s resolution on supporting enterprises from now through to 2020.

The decision in Da Nang not only adversely affects existing investors in Vietnam, but also deters those planning to expand their business here, according to the Grab representative.

In addition to defying the orders of the premier and the transport ministry, the Da Nang administration, by acting on complaints by local taxi operators, does not comply with the law on competition, Lim added.

Competition law bans any agreement that leads to the prevention or restriction of other enterprises from entering a specific field of business.

Finally, Lim said, the service suspension in Da Nang has had an adverse impact on Grab operations in Hanoi, Ho Chi Minh City, and de-motivated thousands of Grab drivers in both cities.

Grab Vietnam is calling on the prime minister to insist that Da Nang follow his order by allowing the company to continue operating in the central city.

The firm has also demanded that the justice ministry review the suspension decision by the Da Nang transport department and determine whether it is justified or not.