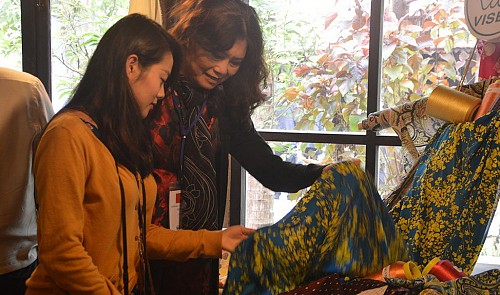 Asian silk makers have gathered in central Vietnam for the opening of the 3rd Vietnam-Asia Silk Festival.

The event aims at promoting and preserving the value of traditional silk villages across Vietnam, while showcasing products from other silk-making Asian countries.

Hundreds of artisans and designers from China, India, Thailand, Cambodia, Laos, Japan and Spain have converged on Hoi An Silk Village in Hoi An, Quang Nam Province, to attend the festival scheduled for June 12 and 13, which is part of a series of events to celebrate the 2017 Quang Nam Heritage Festival.

The village, located at 28 Nguyen Tat Thanh Street in Hoi An, is a silk-weaving center and living museum of the ancient trade in the central region.

The village was voted as the third best attraction in Hoi An by travel site TripAdvisor in 2015.

To introduce Vietnamese silk to the world is the dream of Le Thai Vu, chairman of Quang Nam Silk Company.

According to Vu, Vietnam’s unique silk-making techniques have made a name for itself internationally thanks to the previous silk festivals held in 2014 and 2016, with Hoi An’s silk products now being sold in foreign markets such as Japan, South Korea, the U.S., France, China and Thailand.

“With the gathering of top silk-making villages across the country, we can expect this year’s festival to yield even more fruitful results,” Vu asserted.

“[Vietnamese silk] has its own unique value that cannot be found in any foreign silk products,” said famed fashion designer Minh Hanh. “The only problem is coordination between the producer and the designer to introduce the products that match the taste of customers.”

Hanh is leading a team of 16 young fashion designers, each representing a traditional silk village in Vietnam, who are working on 32 silk collections to be showcased at the festival.

Nguyen Van Son, deputy chairman of Hoi An City and chief organizer, said the highlight of this year’s silk festival is that hundreds of artisans throughout Vietnam will bring their own weaving looms to the festival to showcase their techniques.

“Visitors and silk lovers will be treated to the entire process of making silk from scratch over the course of the festival,” Son said.

Dinh Hai, director of the Quang Nam Department of Culture, Sports and Tourism, said this year’s silk festival would be the biggest ever held in Hoi An.

“We hope the event will give be a launch pad for Vietnamese silk to gradually find its place in the global market,” Hai said.

​Charity in Vietnam: Help is sometimes hard to get

Helping the disadvantaged is not just about raising money

Vietnam is scheduled to apply zero import duties on more than 1,700 tariff lines from the beginning of next year under an ASEAN trade pact, but this does not mean the market will be flooded with products originating from the ten-country bloc, a local trade official has said 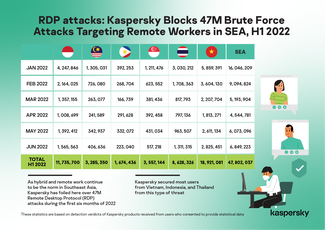