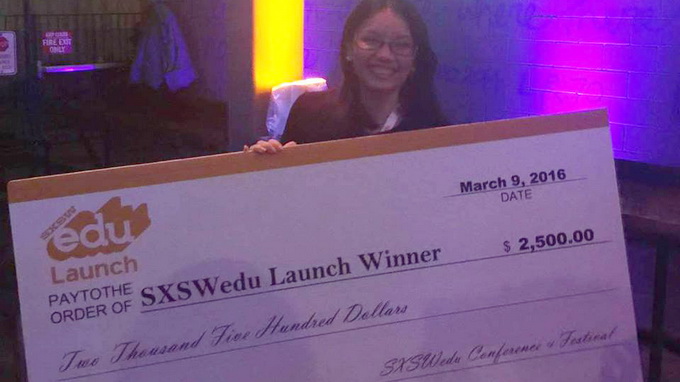 A mobile application for English pronunciation co-developed by two Vietnamese women took home first prize on Thursday at a contest in Texas promoting innovation in learning.

SXSWedu Launch Startup Competition was first held in 2012 and aims to be an education entrepreneurs’ competition that provides a vibrant forum for early-stage edtech startups.

The fifth annual Launch competition took place at SXSWedu, March 7-10, in Austin, Texas, welcoming innovations from the U.S. and other countries.

ELSA is a mobile app designed to assist language learners in improving English pronunciation and reduce their accent by using in-house speech recognition, automated feedback, and deep learning technology, according to the SXSWedu website.

Users can play pronunciation games or read aloud from different dialogues in various topics such as love, profession, and travel, with over 30 games and 3,000 common words or phrases currently available.

Learners can also speak any word or phrase in English of their choice to the phone and ELSA can provide automated speech analysis to pinpoint the problem with their pronunciation.

A screenshot of the interface of ELSA

According to Ngo Thuy Ngoc Tu, the Android version of the app has been downloaded 7,000 times, while the recently uploaded iOS version has also reached 2,000 downloads in just two days.

“More than ten percent of users have cleared all available levels of the app, many of whom responded positively, saying it was the app they had been waiting for,” Tu said, adding, “regular users of the app experienced drastic improvements in their pronunciation and came gradually closer to achieving a native-like accent."

Tu said ELSA was initially aimed at users in Vietnam, but its user base has expanded to include Eastern European and American users, as well as Vietnamese expats living in the US.