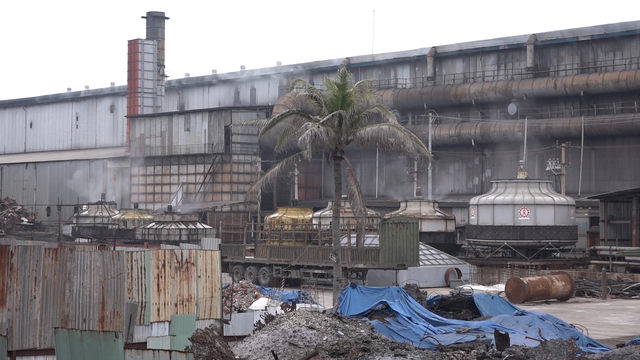 The administration of Da Nang City in central Vietnam has permitted two local steel mills to remain in operation for another six months after they had been ordered to shut down over polluting activities.

The decision, which came less than one month after the initial shutdown order, stated that the resumption is only temporary with the purpose of allowing the plants time to arrange their production and minimize losses.

The steel plants, Dana-Italy and Dana-Australia, both located in Hoa Lien Commune, Hoa Vang District, are to strictly adhere to environmental protection measures during this phase, according to the decision.

No expansion of production or purchase of new raw materials is to be made during this period.

In no more than six months, Da Nang’s Department of Justice must work with relevant bodies to submit a detailed shutdown and relocation plan for the factories, the municipal administration underlined.

On March 2, Dana-Italy and Dana-Australia were ordered to stop all production due to residents’ complaints about air and water pollution caused by their operations.

The shutdown was hailed as a victory for the public, as authorities had previously considered resettling households in the vicinity of the factories as an alternative option.

Representatives from the steel plants extended their apologies to local residents two days after the shutdown order, taking responsibility for causing environmental pollution that had heavily affected local livelihoods.

The relocation of the two steel plants is expected to affect more than 1,000 workers.