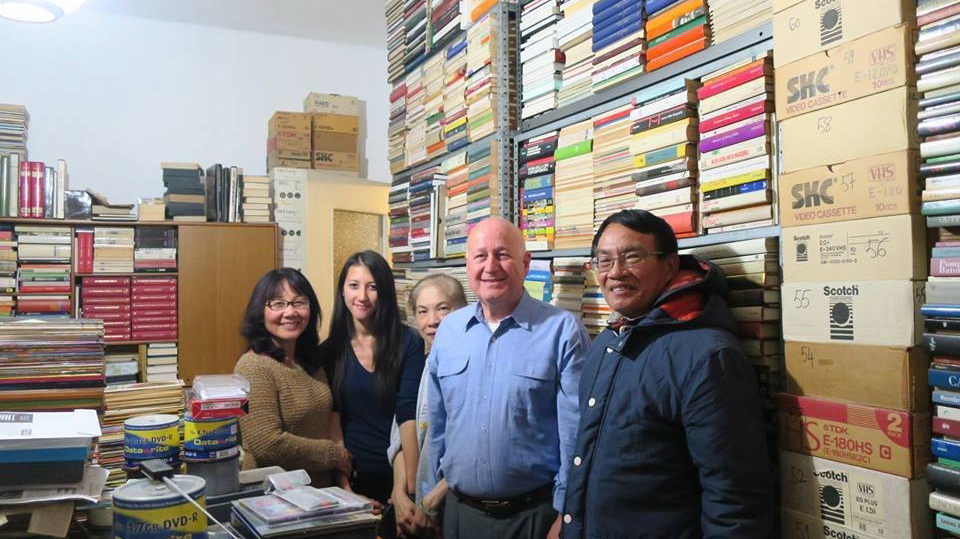 Why is Vietnam among world's happiest, but not most literate nations?

Editor’s note: Le Tam, a Vietnamese social sciences expert based in Ho Chi Minh City, has written to Tuoi Tre (Youth) newspaper to share his opinion on the Vietnamese population’s low interest in reading as shown in recent surveys. The views expressed are his own.

As I was reading a piece of news on the list of world’s 61 most literate nations on which Vietnam was not mentioned, I was reminded of an earlier study that listed Vietnam among the five happiest countries in the world.

There is no precise answer to the questions of how many Vietnamese read, and how many books they read in a year, yet the general data on the reality of reading in Vietnam is staggering.

According to a survey conducted in April 2013 by the Ministry of Culture, Sports and Tourism, an average Vietnamese reads 0.8 books a year.

Libraries in the country only have enough books to afford 0.35 copies per person. The number of copies, especially of books with high ideological values and intellectual content, is limited to a few hundreds for a population of over 90 million.

These figures match the results of our recent research at the Southern Institute of Social Sciences on reading habits, hobbies, and skills of the Vietnamese people.

Fully aware as I am that the outbreak of information technology is gradually replacing the reading culture with its audiovisual culture, and that all comparisons are lame, I still find it baffling that an average person in Japan, a fellow Asian country, reads 20 books a year.

Is the difference in the quality of life an inevitable result of the difference in income between rich and poor countries? Does this line of logic still ring true in the cultural sense? Are we Vietnamese just fooling ourselves or is it our habit of self prejudice that is at play, prompting us to always view fellow Vietnamese as uneducated people without manners?

A fortnight ago, I was invited over for dinner by Huynh Ngoc Nga, a Vietnamese-Italian friend of mine. Her apartment, hardly 100 square meters in floor area, is filled with more or less 23,000 books of all kinds, some dating as far back as the 18th century.

Nga’s Italian husband explained to me with humility that it is an Italian tradition for families to have many books in the house, as books are viewed as a sort of saving for the future. He said with a gesture of the hand that it’s not a big deal.

The apartment of Ha Kim Chi, another friend of mine, is another world of books with so many books on philosophy, music and the arts that there is hardly any room left for furniture. All the shelves in her apartment are reserved for the countless books that she has saved for decades.

When I spent the other night at Nguyen Chu’s, former secretary general of the Vietnamese Association in Toronto, Canada, his room was filled with books on the Vietnamese culture, many of which were invaluable materials on the correlation between Vietnamese and Italian cultures.

Chu said he had picked up the habit of reading from the Italians, who boasted one of world’s highest rates of book purchase. It is not only the case for intellectuals, he said, as the common people and even those who have nothing to do with books buy a lot of books.

Le Tam stands in front of a bookstore established since 1775 in downtown Milan, Italy. Photo courtesy of Le Tam

I have been truly amazed by how the Europeans treat their books during my trans-Europe trip. Books had their space even in the most magnificent of places like the palaces.

In the fancy shopping centers in Paris, Milan, Berlin and nearly 20 cities in ten different European countries that I have visited over the past month or more, the golden locations, the hearts of these cities were always reserved for bookstores.

On subways and buses, a few passengers could still be seen reading apart from those who are busy looking at their smartphone screens.

As Vietnam is advocating for the development of a reading culture, the statistical numbers may take the wind out of book lovers’ sails.

While the Vietnamese rich are spending billions on beds and super cars, as they are rightfully entitled to, good books published by just a few hundred copies are gathering dust on the old, cold bookshelves.