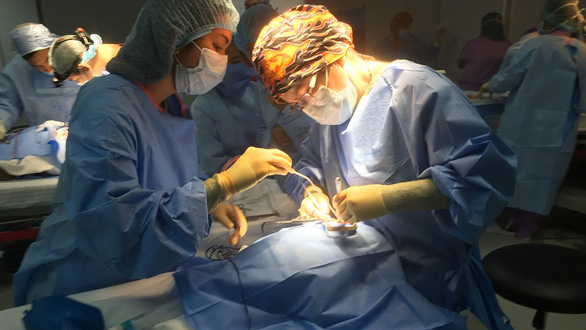 Monday, March 8, marks the worldwide series of events and celebrations highlighting women’s continuing struggle to achieve equality in society and the workplace.

Two themes are running this year. The first aims to point out the lack of female representation in government and senior business roles under the banner of ‘Women in Leadership: Achieving an Equal Future in a COVID-19 World’ and ways to address the issue.

“Women have also been acknowledged as some of the most effective leaders during the pandemic, with female heads of government, including New Zealand Prime Minister Jacinda Ardern, having been praised for their handling of the crisis,” the World Economic Forum said on its website.

Within this, it’s noted that women are twice as likely as men to lose (or already lost) jobs and the vital income that predominately supports them and their children, especially since COVID-19 hit the world.

It’s noteworthy that the Asia Pacific UN women’s group also pointed out: “Women are also at the forefront of the battle against COVID-19, as frontline and health sector workers, as scientists, doctors and caregivers, yet they get paid 11 percent less globally than their male counterparts. An analysis of COVID-19 task teams from 87 countries found only 3.5 percent of them had gender parity.”

The second theme, I’ve noted from the International Women’s Day official website is 'choose to challenge,' meaning to forcefully identify and bring to public attention gender equality issues, by people involved in attempting to bring about real and significant change.

In Vietnam, the Vietnam Women’s Union (VWU) Central Committee will run a number of events to mark achievements and ongoing issues. At the same time, the annual Kovalevskaya Award was given on March 5 to the leader and team from the Institute of Natural Products Chemistry under VAST, and Associate Professor Dr. Truong Thanh Huong, senior lecturer at the Department of Cardiology of the Hanoi Medical University for their work in creating products to assist in the treatment of public healthcare problems, such as 'Khuong Thao Dan' (a drug for the treatment of arthritis, degenerative spine pain, and bone pain), Cordyceps Sinensis, and essential oils. (Dan Tri International News)

The government recently adopted a new ‘National Strategy on Gender Equality for the 2021-30 Period’ making commitments to increased female representation in the workforce and politics, particularly at local and provincial government levels. While these seem like lofty ambitions set somewhere in the future, the very fact that this is a publicly ongoing discussion makes achieving the realities of gender equality just that bit more solid. (Vietnam Law magazine)

Yet the problems remain much as they have always been worldwide: a reluctance to view Vietnamese women being as good as men in senior management roles. The International Labor Organization points out that without women running things at the top, it’s that much harder to encourage and create higher-level roles for women throughout businesses in the nation. Still women at the top will bring that goal much closer as people see the effectiveness of their work.

One fascinating initiative was a national forum titled 'Engaging Men and Boys in the Promotion of Gender Equality and the Elimination of Gender-Based Violence' in Hanoi, which was held by the UN Women in Vietnam and the Institute for Social Development Studies (ISDS).

As ISDS deputy director Tran Kien noted, many Vietnamese men have realized that to avoid being left behind in the new era they must participate more in promoting gender equality and sharing opportunities with women. This is the basis behind the establishment of a network of men and boys partaking in the promotion of gender equality and the elimination of gender-based violence.

One worrying issue is the continuing preference to have a baby boy and the imbalance that is creating could create problems in the near future. It will likely take decades to unwind all the traditional rituals that created these issues while at the same time promoting women as worthy as men. There’s not going to be an easy solution. As with so much of what needs to change in Vietnam, it’s a matter of educating and training the next generation to see the world in a different way and realize equality will make life better for both genders.

I have to say it’s amazing just how many Vietnamese females have battled on to help COVID-19 patients in what can be dangerous conditions both in the hospital and out in the field, tracing and tracking. Many women have found ways to make income in the middle of the mass unemployment as factories and businesses have closed down, many for forever.

Hopefully the empowerment and legal framework now being created will enable local women to speak up more and locate assistance.

As for the future?

As UN Women (the official group of the United Nations) praised Vietnam’s commitments to agreements, a representor, Elisa Fernandez Saenz, explained the five main goals for the immediate future:

"Eending violence against women and girls, promoting women’s economic empowerment, mitigating impacts of natural disasters, enhancing Vietnamese women’s leadership, and ensuring the principle 'no one is left behind,' with a view to realizing the UN’s 2030 Agenda for Sustainable Development.”

Good on you, Vietnam, you’re getting there! And remember: ‘choose to challenge!’