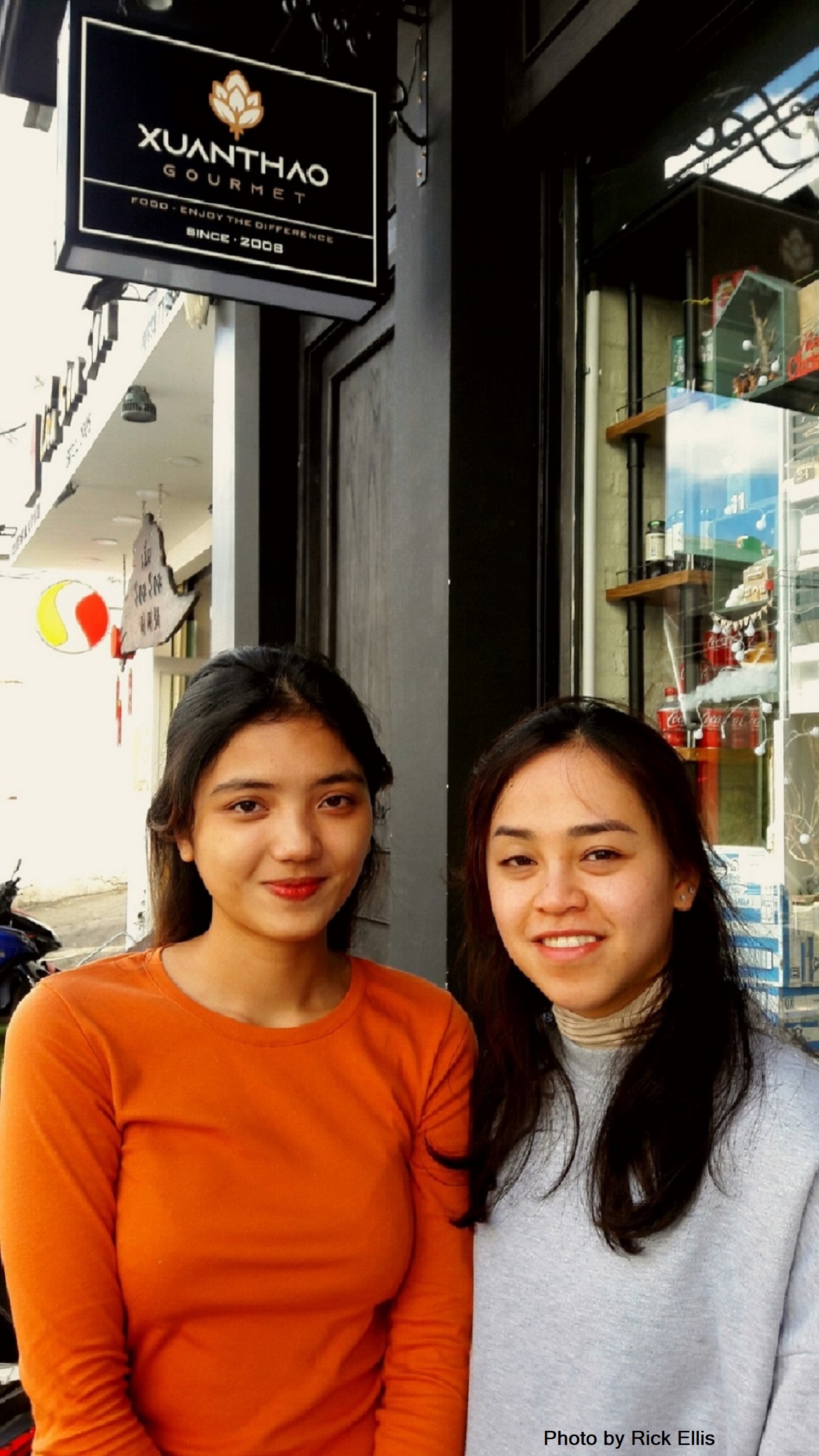 My most recent update was a comforting whine about the lack of motivation often displayed by university students and young grads embarking on their working careers here in Vietnam.

The upshot of the above article was how nearly all interactions I have with that age group focus on me doing their English homework and mentoring them in their pursuit of ‘get rich quick’ shortcut schemes.

I just don’t get it.

How they could possibly be demotivated, unable to see the plethora of opportunities right under our noses?

A quick glance into the future is plenty; the median age in Vietnam is just over 30, and they’re out earning and spending like there’s no tomorrow. They start families, buy houses, vehicles, and fall in love with all the gadgets that will keep fluffing up that GDP for a very long time to come.

All this sets the stage for any young person who wants to succeed, it’s like shooting fish in a barrel.

Oddly, only a handful of students I’ve bumped into in recent years have grasped that success is well within reach for those who want to work for it.

Each has that proverbial twinkle in their eye that can’t be quantified, but we sense it when we meet, feel their positive energy, and know they’re going somewhere in this world.

Enter Miss Chi, manager of the apartment building in which I live, who also runs a mid-sized hotel for the same owner.

I was looking for a place, contacted Chi, and arranged a meeting after a couple of short exchanges on social media. The building is well located and appointed, so it’s always in demand, even in the pandemic era.

When I showed up it was as though our transaction had been scripted, as if she knew me and had been awaiting my arrival on the scene. Chi had all answers, and, even better, had anticipated all questions.

Me: “It’s exactly what I want. Can I move in a couple of days from now?”

Chi: “Sure, that would be just fine.”

Me: “Are the tenants quiet?”

Me: “I’ve never paid a deposit in Vietnam. I swear on a stack of bibles I’ll leave the place as I found it or better. Can we skip the deposit?”

Me: “Forever. I’ll come back tomorrow and pay the first month’s rent.”

Chi: “Welcome, I hope you enjoy your stay.”

No sooner had we sealed the deal than a pneumatic drill was fired up next door, shaking the building, rattling our teeth, and making cups dance in the cupboard, as if an earthquake had struck.

I thought: “Oh crap, here we go with the Vietnamese Construction Nightmare,” which consists of building, demolishing, rebuilding, and renovating until the owner’s cash or ideas are exhausted, or the work crew retires and moves back to their hometowns, whichever comes first.

I inched sideways along the wall toward the door, but Chi nailed me right in my tracks: “I’ll give you a large discount off the first month’s rent because of the noise.”

I really liked the place but have lived through enough construction nightmares to last a lifetime, so I would have bolted, had Chi not made the difference.

Vaccine against the dreaded pandemic rolled around a few months later.

Chi organized everything perfectly, asking me to be ready downstairs the next morning where I was greeted by not one, but two bodyguards – employees from the hotel she’d organized to chauffeur me.

It turned out to be a good idea because everyone we asked along the way kept sending us to the wrong location although they were very helpful.

As I found out much later and quite by accident, Chi doesn’t have any holes in her shoes, so to speak. Instead of living a privileged lifestyle, she holds a busy full-time job, tutors several students in the evenings, sells gadgets and clothes online, and probably has another gig or two I don’t know about.

Then there’s the neighborhood star, Funny Boy Quy, a point man in a dingy, dimly lit produce shop that’s such a mess you’d think there had been a burglary overnight.

As you can deduce from the moniker I assigned him (within minutes of meeting him, I might add), he is hilarious – it’s the only way to retain his sanity.

Customers bitch about the prices and freshness of goods, and, as he once confided in me, his workmates blame him for whatever goes wrong in the shop. That’s bizarre because he’s clearly the star of the show.

Quy’s life has not been easy – forced to quit school prematurely and move far away from all he knows to help support his widowed mother and siblings.

He spends much of his time negotiating with sharp little old ladies who try to beat the prices down, tallying up long lists of purchases in his head, and navigating the numerous obstacles strewn around:

Slick Old Lady: “Have you lost your mind, boy?”

Slick Old Lady: “Gangster! The only thing you’re missing is a gun.”

And so it goes, always that little smile, even when the customers are getting on his nerves.

I translate all the numbers he quotes me, and he scurries over to a cheat sheet stuck on the wall to meticulously note them in English, looking forward to the day when he can serve his foreign customers more efficiently.

Quy pairs up perfectly with his neighbor and partner in crime, Miss Giang, who runs the fruit shop next door. I doubt there is any fiscal connection between the two businesses, but they work in unison, taking over each other’s turf during short absences and helping to unpack deliveries.

He even knows the inner workings of my twisted mind as a consumer, a miracle in itself. Quy reminds me of items he thinks I may have missed, not to flog them off, rather to help me get what I need.

He knows I’ll return soon enough either way, for no reason other than to play with the dog and yell at the staff for not wearing their surgical masks.

Funny Boy knows service. He gets it, and will go a long way in this world.

Last stop is the neighborhood supermarket, a family affair, managed by the daughter, Miss Bao, who is also quite the fireball.

When I first started frequenting the place a few years ago, it was also a holy mess, products strewn everywhere, shelves in disarray, and old appliances and other forgotten things lying around because (according to ancient custom in Vietnam) nothing can ever be discarded.

My career as a customer got off to a somewhat inauspicious start because an employee followed me around, lurking in the aisles and thinking I was a shoplifter.

I approached the young lady in charge, Miss Bao, who speaks English better than I, and asked her to call off the hounds, explaining that I had my own money and would gladly pay for all purchases.

Bao laughed, sorted it out, and that’s how I became a regular. Here’s how my visits typically unfold:

(Phone ringing, laptop dinging, customers hollering, she ignores them all.)

Bao: “Great thanks. Have you seen the new spices?”

She leads me to a new display rack packed with goodies, then spots a bag of frozen green peas I bought elsewhere, whips out her phone, and takes a snap.

Bao: “I’ll have them in stock next time you come.”

Bit by bit, Bao has spruced up the shop so it is clean, organized, with goods well displayed, and a never-ending stream of slick new products.

End of story? It’s actually just part one, as Bao recently opened a spiffy new gourmet version of that supermarket in a new location.

She stated triumphantly: “Finally I can organize my own mess instead of taking on someone else’s!”

I popped in for the grand opening, inviting Chi to accompany me, and the new shop is absolutely world class, featuring a blend of local and imported goods.

What do all Chi, Funny Boy Quy, and Bao have in common?

They have unbridled motivation, the one quality that trumps all other attributes for success in business and in life. Give them something to do and they rip it out of your hands and run off to get it done.

If I could lock them in a remote cabin for a month, I’m quite certain they’d come out with a cure for cancer, the ultimate remedy for global climate change, and the world’s best lasagna recipe.

They’ll do whatever it takes to succeed.