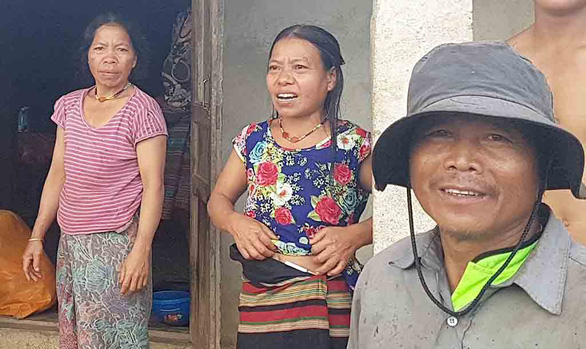 An ethnic minority in rural central Vietnam allows its men to marry their wife’s biological sisters, and has traditional rules for dating practices.

In a remote village in mountainous A Luoi District, Thua Thien-Hue Province, Kareng Penh lives happily with his two wives and their 17 children.  But aside from polygamy, the trio’s relationship comes with another curveball – Penh’s wives are also sisters.

The forbidden in most parts of the world, polygamous relationships with women and their female siblings are common in the close-knit Ta Oi community, though the practice is not as popular as in the past.

Penh shared that he tied the knot with his first wife at the age of 20 before marrying her younger sister a few years later.

When he asked his father-in-law for the last daughter’s hand in marriage, the father again consented.

At one point, Penh was married to his wives’ third sister, but she passed away.

The unique family consists of seven children from Penh’s first wife, six from his second, and four from his third.

Of course, marriage isn’t all plain sailing, but Penh and his family believe that the women’s familial bond has helped them create an atmosphere of mutual love and respect.

The Ta Oi custom of marrying sisters first began in the distant past when the Ta Oi people resided in isolated villages and it was simply just more convenient for sisters to marry the same man.

The practice, however, does come with severe rules that must be adhered to in order for the people to recognize a marriage.

First, a couple can only spend part of the night together talking on a riverbank, in a forest, or inside a makeshift hut.

They are allowed to hug each other and sleep during their time there but sexual intimacy beyond the woman allowing the man to touch her breasts is forbidden.

If the couple does have sex, they have to give a cow, goat, or pig to the village as punishment.

According to one local, couples tend to tell the truth about sexual encounters if asked due to the belief that if they lie they open a Pandora’s box of gods who can spread disease throughout the village.