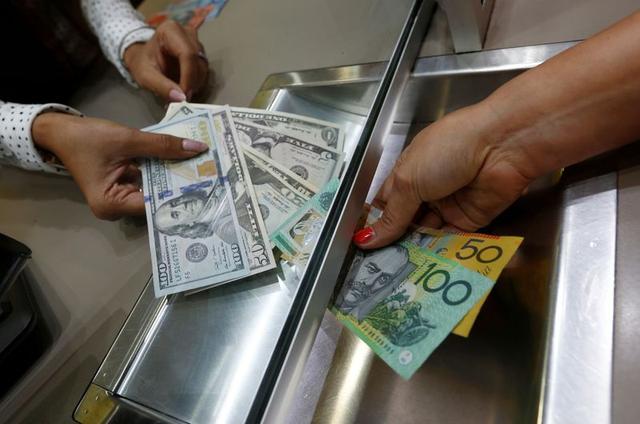 TOKYO – The U.S. dollar was on the backfoot on Tuesday, while its Australian counterpart and other risk-sensitive currencies stood firm as markets clung on to hopes of an economic recovery from the pandemic despite rising infections in some parts of the world.

Traders bought into riskier bets as some big cities in North America, such as New York and Toronto, eased lockdowns and reopened their economies, though that came against setbacks elsewhere in fight to contain the coronavirus.

The World Health Organization (WHO) reported a record increase in global novel coronavirus cases on Sunday, with spikes in infections in southern and western U.S. states as well as Brazil.

“Market players have been bracing for the second wave for some time and they are probably betting that it won’t drag down the economy too much because policymakers are reluctant to impose lockdowns again,” said Yukio Ishizuki, senior strategist at Daiwa Securities.

The Australian dollar fetched $0.69245, up 0.25% in early trade, building on the 1.08% gains made on Monday, also helped by the recovery in commodity prices.

The currency enjoyed an additional boost on Monday when Reserve Bank of Australia (RBA) Governor Philip Lowe said the currency’s recent rise was not a problem and the impact of the pandemic would not be as bad as feared.

Against a basket of currencies, the dollar was little changed at 97.021 after a fall of 0.68% on Monday.

Investors are now looking to European business activity surveys due later in the day.