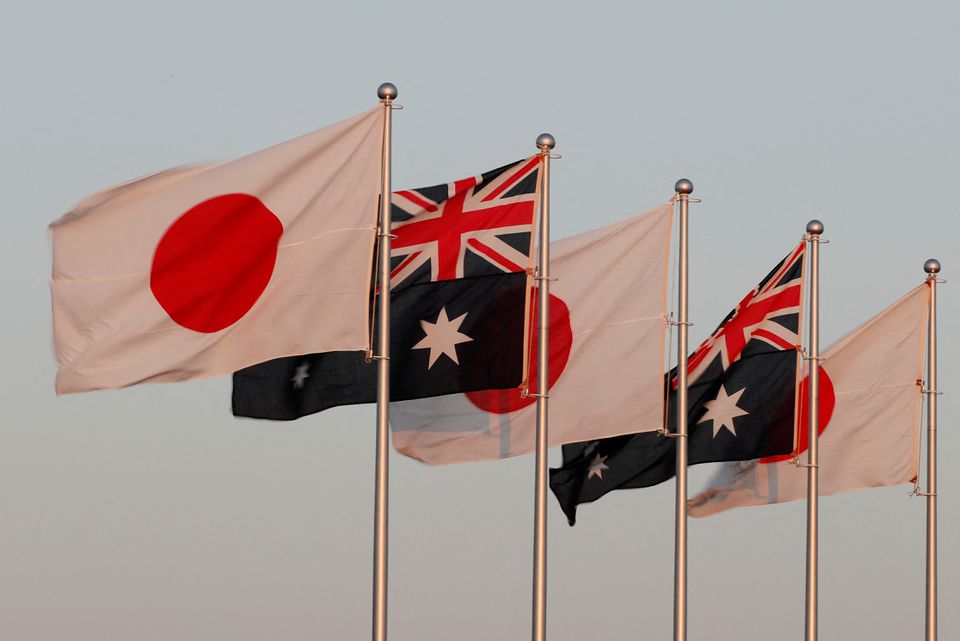 MELBOURNE -- Australia and Japan are set to sign a treaty to beef up defence and security cooperation at a virtual summit on Thursday, after Japanese Prime Minister Fumio Kishida cancelled trips to Australia and the United States due a surge in COVID-19 cases.

Australian Prime Minister Scott Morrison said the two leaders will sign a Reciprocal Access Agreement, which will for the first time set out a framework for the two countries' defence forces to cooperate with each other.

"This treaty will be a statement of our two nations’ commitment to work together in meeting the shared strategic security challenges we face and to contribute to a secure and stable Indo-Pacific," Morrison said in a statement.

The strengthened security ties expand on efforts by the United States, Japan, India and Australia - dubbed the Quad - to work on shared concerns about China in the Indo-Pacific region.

"Our cooperation also includes an expanding agenda for the Quad with India and the United States, and our shared technology-led approach to reducing carbon emissions," Morrison said.

Kishida said on Tuesday he would forgo overseas visitsbefore the next session of parliament starts on Jan. 17 to focus on laying out anti-pandemic measures.