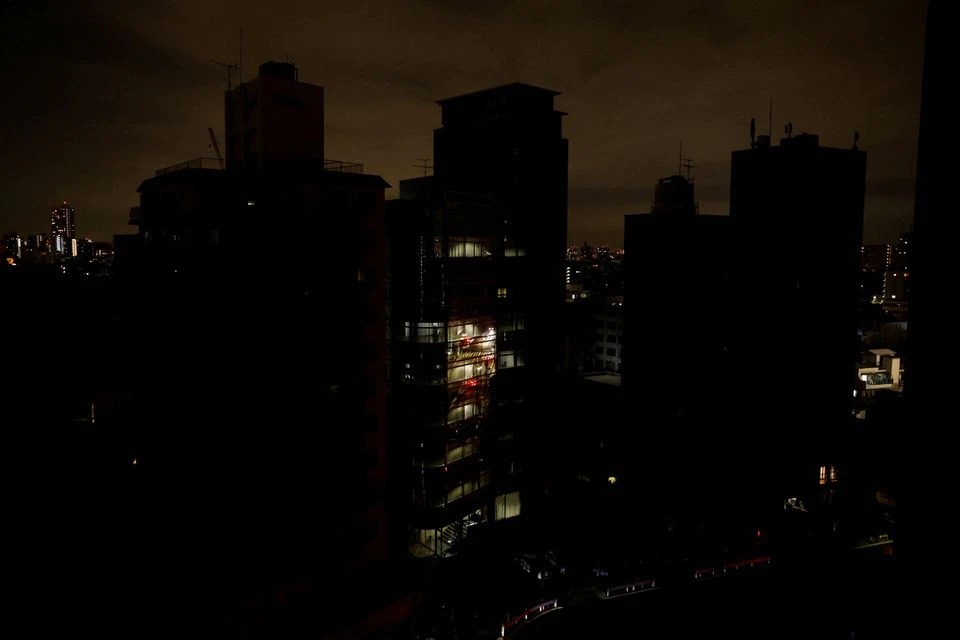 Japan warns of blackouts, issues dire plea to save energy as temperatures drop

"At this rate, we are coming closer to a state where we will have to conduct power outages similar to those that took place after the quake (last week)," said Minister of Economy, Trade and Industry (METI) Koichi Hagiuda.

At a hastily called news conference, Hagiuda called for an additional 5% or so of power savings every hour from 3 to 8 p.m., equivalent to about 2 million kilowatts per hour.

Electronics retailer Bic Camera 3048.T said it had turned off about half of the TV sets at more than 30 of its stores in eastern Japan.

The magnitude 7.4 tremor last Wednesday off the northeastern coast - the same region devastated by an earthquake and tsunami in 2011 - temporarily cut power to about 2 million households, including hundreds of thousands in the capital, Tokyo.

Chief Cabinet Secretary Hirokazu Matsuno earlier called on residents in eastern Japan impacted by the power crisis to save energy.

"We request your cooperation ... such as by setting your thermostats at around 20 degrees Celsius (68 Fahrenheit) and switching off any unnecessary lights," Matsuno told a news conference.

He added that the request to save energy was unlikely to extend beyond Tuesday given the expected rise in temperatures and the addition of more solar power generation as the weather improves.

"I use the heater a lot so I will try to do my part to save energy," 22-year-old college student Shuntaro Ishinabe told Reuters.

Tepco said 100% of power generation capacity was forecast to be used to meet peak demand in its service area between 4-5 p.m. It had requested seven regional utilities to provide electricity supply of up to 1.42 million kilowatts to ease the crunch.