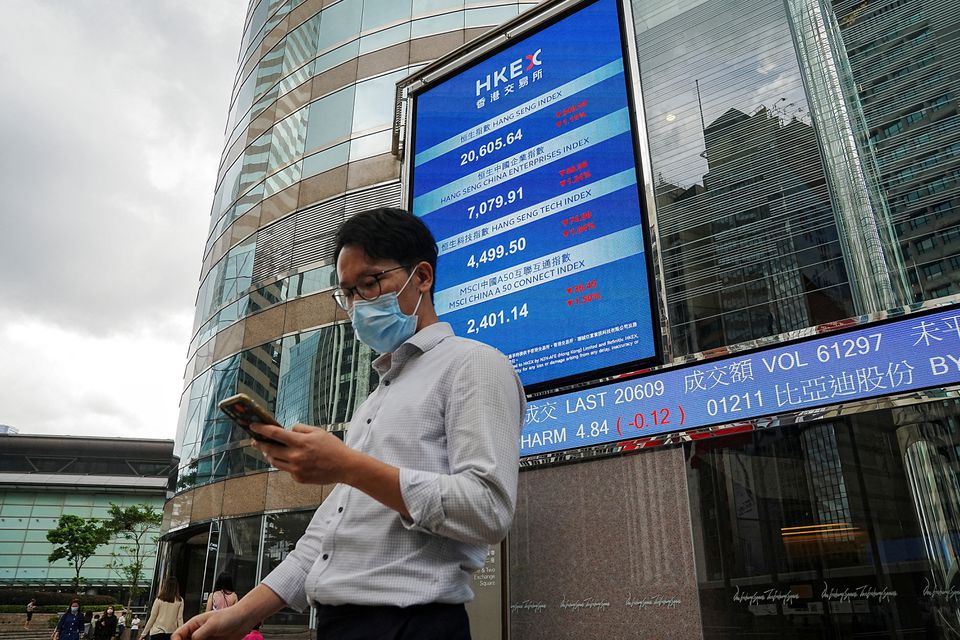 HONG KONG -- Asian shares climbed on Tuesday following a rebound in the final hour of New York trading on the view that an expected hefty Federal Reserve interest rate hike this week to tackle inflation had been priced into the market.

Even more so than the Ukraine war or corporate earnings, the actions of the U.S. central bank are driving market sentiment as traders position themselves for a rising interest rate environment.

"Many investors have already fully priced in a rise of 75 basis points at the Fed's meeting this week," said Zhang Zihua, chief investment officer at Beijing Yunyi Asset Management.

"The market will now pay close attention to the tone of speech coming out of the meeting. As long as the Fed officials don't deliver strong hawkish remarks, stock markets could (further) rebound."

MSCI's broadest index of Asia-Pacific shares outside Japan was up 1.2 % while Australian shares climbed 1.2%.

In Japan, where trade resumed after a national holiday, the Nikkei advanced 0.48% with technology stocks largely driving the climb.

Sentiment in Hong Kong was also boosted after the government flagged that change to its controversial COVID-19 hotel quarantine policy for all arrivals was coming soon, saying it wanted an "orderly opening-up".

On Monday, the S&P 500 and the Nasdaq Composite rebounded after logging their worst weekly percentage drop since June, as markets were fully priced for a rise in interest rates of at least 75 basis points at the end of Fed's Sept. 20-21 policy meeting.

Higher interest rates have caused a sell-off in government bonds. The yield on benchmark 10-year Treasury notes was at 3.4848%, after hitting 3.518% on Monday, its highest level since April 2011.

The two-year yield , a barometer of future inflation expectations, touched 3.9473% after climbing to a fresh almost 15-year high of 3.970%.

It is not just in the United States that interest rate rises are expected. Most of the central banks meeting this week - from Switzerland to South Africa - are expected to hike, with markets split on whether the Bank of England will move by 50 or 75 basis points.

China's central bank went its own way though, cutting on Monday a repo rate by 10 basis points to support its ailing economy.

The other exception is the Bank of Japan, also due to meet this week and which has shown no sign of abandoning its ultra-easy yield curve policy despite a drastic slide in the yen.