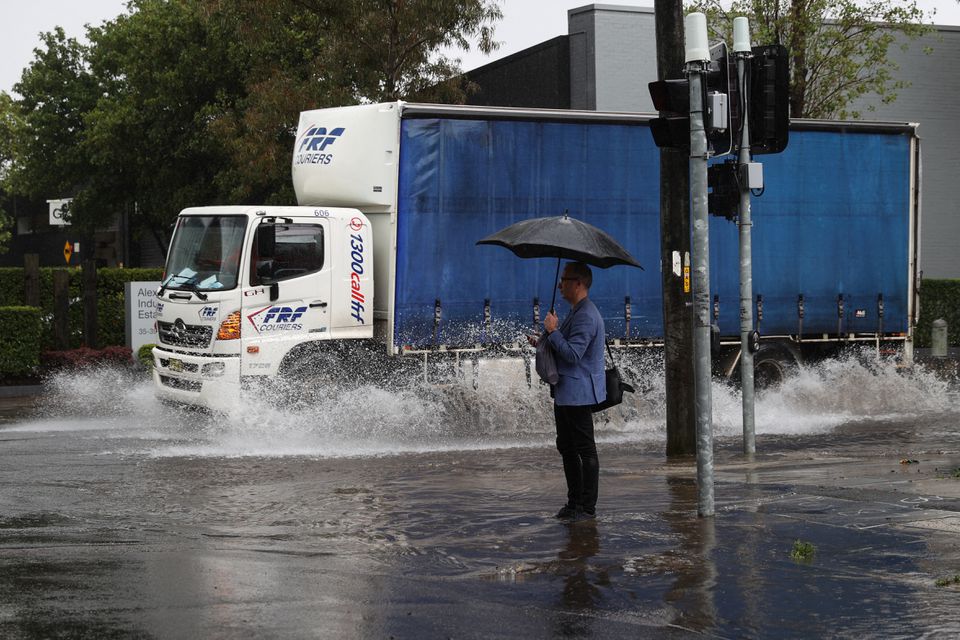 SYDNEY -- Large swaths of Australia's southeast were under flood evacuation alerts on Saturday as the nation's weather forecaster warned major flooding could hit parts of New South Wales devastated by floods in March.

The Bureau of Meteorology warned severe flooding was possible from Sunday in northern New South Wales, including the Northern Rivers, which takes in the regional centre of Lismore, among the localities worst hit by March's floods.

Intense rainfall, which could lead to "dangerous and life-threatening flash flooding", was possible for the area, the forecaster said on its website.

There were 98 flood warnings in place on Saturday for New South Wales, with inundations most severe in the northeast and on the southern border around the town of Moama, some 780 km (485 miles) from Sydney.

In the north, evacuation warnings were sent to parts of the town of Moree late on Friday, covering around 4,000 people.

Victoria had 68 flood warnings, with parts of Echuca - a town of 15,000 on Australia's longest river, the Murray - urged to evacuate.

The river was expected to peak at around 94.80 metres (311 feet) on Saturday, similar to devastating 1993 flood levels.

The floods, which began last week, have claimed five lives, prompted thousands of requests for assistance and led to hundreds of people being rescued from rising waters.

"My government will continue to work with the states and territories, and we stand ready to support those Australians who are suffering the most," he told reporters in Perth.

Treasurer Jim Chalmers, speaking ahead of next week's federal budget, said on Friday the widespread floods would dent the country's economic growth and increase inflation.

The March floods killed at least 13 people, with tens of thousands evacuated in Queensland and New South Wales. The disaster submerged towns, washed away homes and cut power.