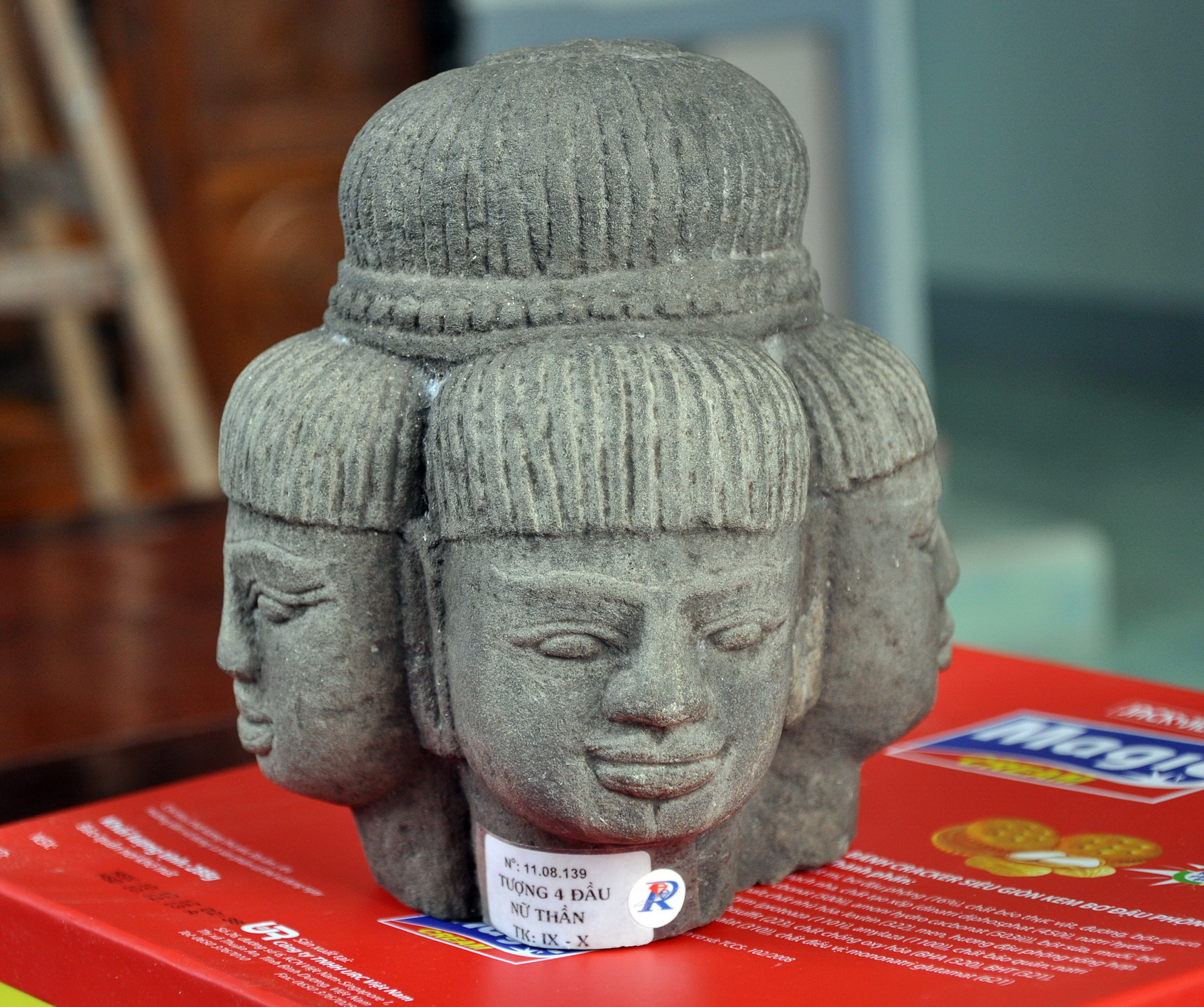 Nguyen Thanh Phuc, a local antique enthusiast, said on June 26 that he recently requested the Ba Ria-Vung Tau province Department of Culture, Sports and Tourism to instruct him on the procedures to hand his centuries-old, four-headed stone statue of a goddess back to Cambodia, where the item is believed by experts to originate from.

The grey stone statue, which measures some 160 mm in height and 125-130 mm in width and weighs roughly 3.8 kg, was assessed in late 2011 by Nguyen Gia Hien, head of the Geological and Gem Research Center under the Vietnam Geology Association, who believed the prized piece adopts the Cambodia’s Baphuon style and dates back to the 8th century.

The ingeniously sculpted statue boasts four heads of the goddess, each of which have almost identical facial features such as eyebrows, nose, lips and cleft chins, but face four different directions. The faces share the same large hair bun, on the top of which is a six-petaled apricot flower, believed to be typical of the Baphuon style.

The lower lip of each face has a red dot, which was naturally created by sand, not by sculptors. This characteristic makes the statue unique and is rarely seen in Cambodian sculpture.

Phuc, 52, from Ba Ria-Vung Tau province, said he purchased the statue in 2011 from a friend living in the same province, whose family had owned the item since before 1975, but Phuc declined to share its price.

He put the item on exhibit together with his and his friends’ collection of over 100 other items at the local exhibition center in early 2012.

“Through expert assessment, I realized that the item is of great value, but as it doesn’t belong to our country, I feel an urgent need to return it to Cambodia,” Phuc shared.

Tran Van Triem, from the provincial culture department, confirmed that he received Phuc’s request in writing, but said returning the statue lies beyond the department’s responsibility.

In addition, returning the item means a reassessment of its value, so the department may not respond to Phuc’s request.

Meanwhile, Tran Van Thong, head of the department, said he hasn’t learned of Phuc’s request from his subordinates.

Earlier this month, two 10th century statues that Cambodia claims were looted from a jungle temple several decades ago returned home from New York's Metropolitan Museum of Art, which the kingdom described as a ‘historic’ landmark.