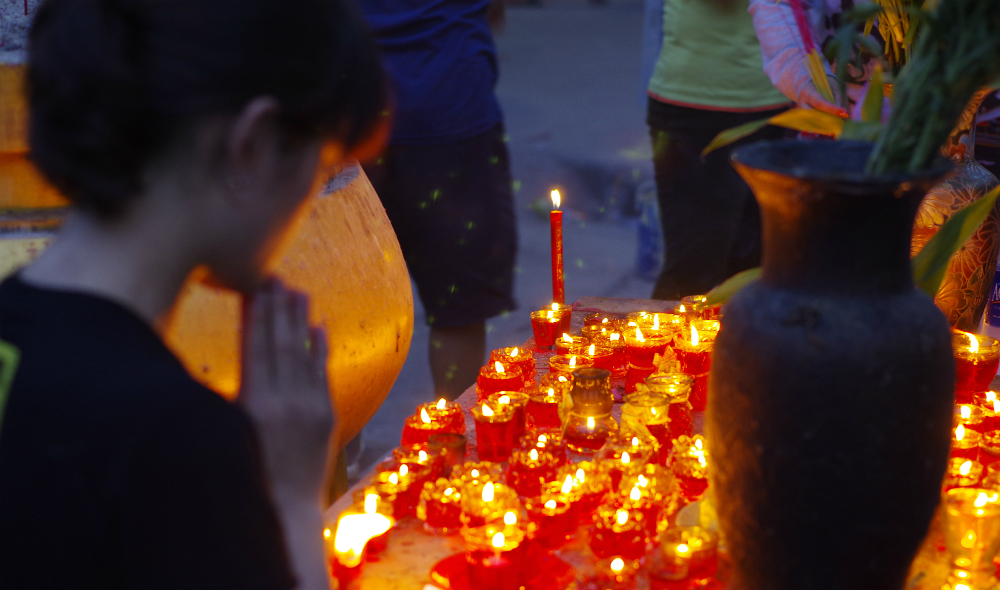 The UN Day of Vesak 2014 was officially launched on Tuesday at Quoc Tu Pagoda in District 10 in Ho Chi City.

The event began with a flower-offering ritual in the morning and a play depicting the life of the Buddha in the evening.

Both the morning and evening sessions lured thousands of Buddhists and non-Buddhist visitors from around the city.

Vietnam officially celebrated the United Nations Day of Vesak 2014 at Bai Dinh Temple in the northern province of Ninh Binh on May 7 under the theme of "Buddhist Perspective towards Achieving the United Nations Millennium Development Goals."

Vesak, or “Buddha Day,” is a major Buddhist festival of the year as it celebrates the birth, enlightenment, and death of the Buddha on one single day – the first full moon day in May which falls on May 8.

The event, organized by the National Vietnam Buddhist Sangha in collaboration with the International Council for the Day of Vesak, included Buddhist conferences, a film festival, and photo exhibitions.

There are around seven million Buddhists in Vietnam while the number of non-Buddhists performing Buddhist practices is large but remains unable to be counted.