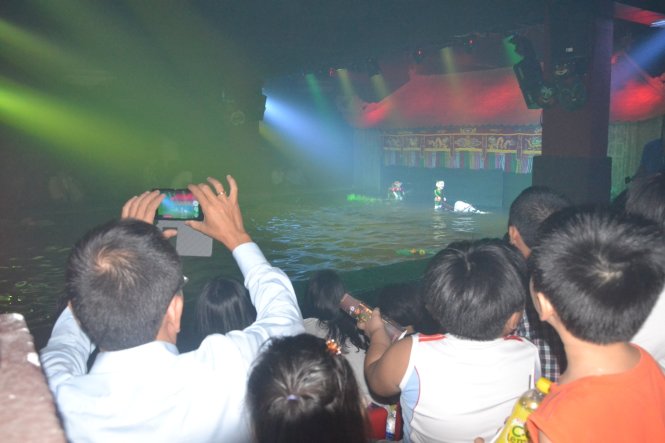 A water puppetry theater, which cost VND7 billion (US$330,000), has opened to the public since Wednesday in central Vietnam.

Nha Trang is the capital city of Khanh Hoa Province, located in the central region.

The 800m² theater boasts a performing house and stands that can accommodate 150 viewers.

According to Pham Hoang Vu, the theater director, experts from Hanoi’s Thang Long Puppetry Theater have been invited to provide training in acting and play staging and directing for staff of the new facility.

The theater will stage 15 performances which depict stories of Vietnam’s pastoral life and history and re-create traditional dances in the coming time.

The theater hosts three shows in the afternoon and evening on Mondays, Wednesdays, Fridays, and Sundays each and two shows on each of the remaining days, Vu added.

On the performing list will also be excerpts from famed plays and tunes in “tuong” (traditional Vietnamese opera) and “bai choi” (the central Vietnamese region’s folk game and art), folk songs and dances of ethnic communities living across the province, and traditional music performances.

Water puppetry is a long-standing tradition of Vietnam, according to Wikipedia.

Its shows are performed in a pool with wooden or lacquered puppets controlled by puppeteers, who are normally hidden behind a screen using large underwater rods to support the puppets.

Thanks to this control, the puppets look to move over the water.