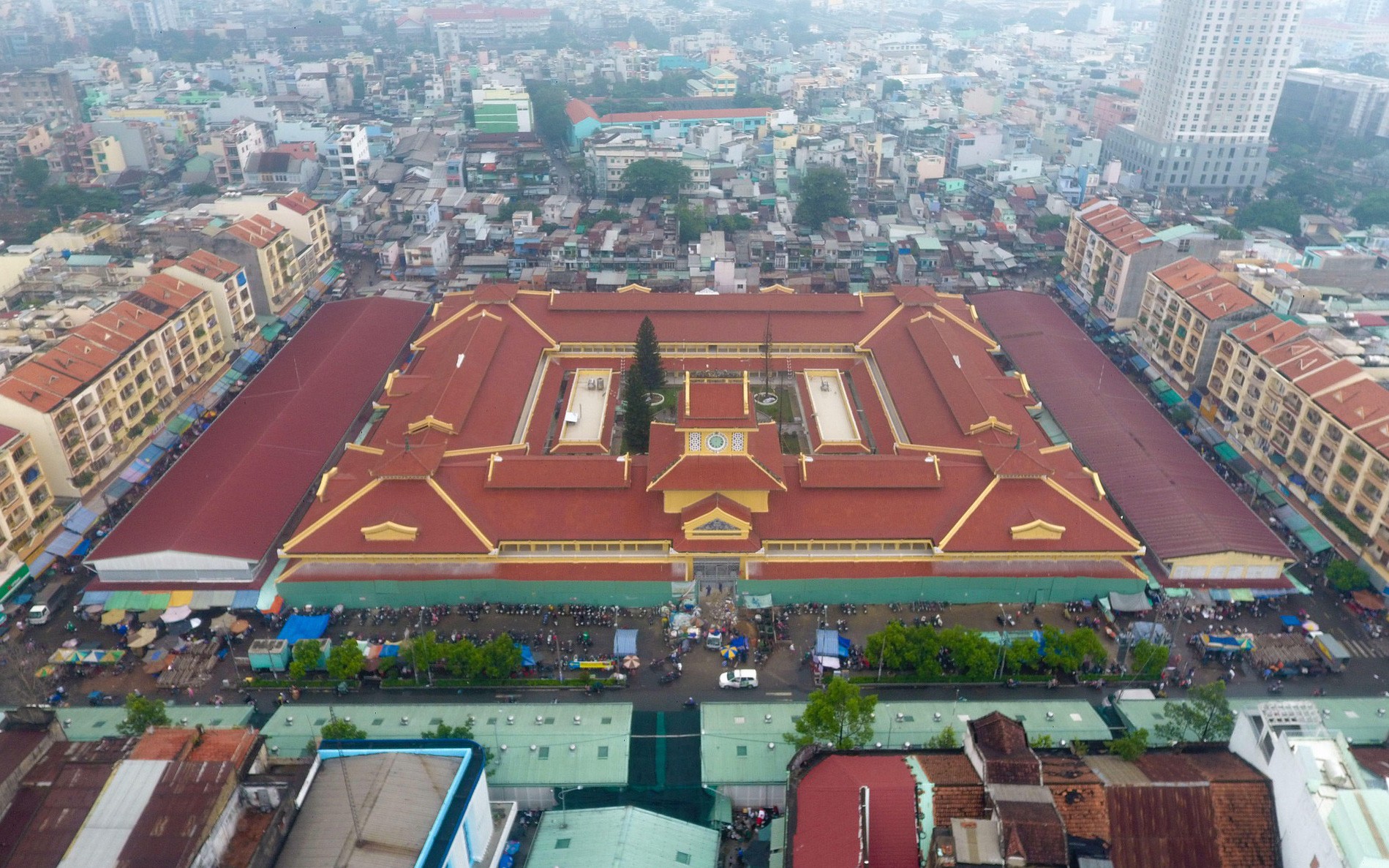 Ho Chi Minh City’s Binh Tay Market, a 90-year-old structure sitting at the heart of the city’s Chinese-Vietnamese community, will reopen next month after nearly a year under complete restoration.

Vendors were able to return to their stalls from October 17, and a makeshift market that was erected nearby as a temporary replacement for Binh Tay Market during its restoration will be officially closed on November 15 to mark its reopening, officials said.

Binh Tay Market was built in 1928, funded by wealthy Chinese merchant Quach Dam, who donated the market to the city administration upon its completion.

Designed by a French architect, Binh Tay Market incorporates both Western and Eastern architectures, with unique multi-layered tile roofs observed in no other markets in the country, according to experts.

Spanning 2.5 hectares in area in District 6, which houses the largest active Chinese-Vietnamese community in Ho Chi Minh City, Binh Tay is one of the region’s largest wholesale market, supplying merchants in southern Vietnam and Cambodia.

It was closed in November 2016 for a comprehensive restoration project that commenced in late 2017.

The restoration was the most comprehensive project of this nature done on the market since its construction, with two previous restorations in 1992 and 2006 carried out at a much smaller scale, according to officials.

Works involved replacing damaged fixtures and roofs using the same materials as the originals, re-tiling  the entire ground floor, and adding a new basement level where restrooms, a backup power generator, and a system for treating market wastewater is installed.

A new automatic fire extinguishing system was also installed during the restoration.

All architectural identities of the historical building are left untouched to preserve the market’s design, according to specialists who worked on the project.

With its historical and cultural values, Binh Tay Market was in 2015 listed as a national relic of architecture and arts by the Ho Chi Minh City Monuments Conservation Center.

The market is also popular among visitors to Ho Chi Minh City, offering an immersive taste of Chinese-Vietnamese culture with its over 1,400 stalls selling anything from fabric to fruits and traditional handicrafts.