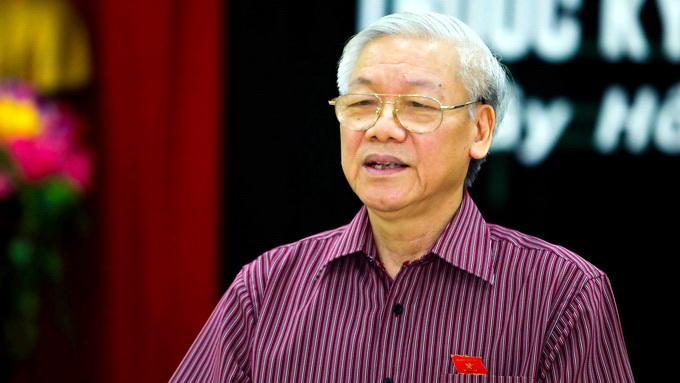 Tougher measures for the fight against corruption should be applied next year to improve the fight’s efficiency, said General Secretary of the Communist Party of Vietnam Nguyen Phu Trong. Party leader Trong made the call while speaking at a meeting of the Central Anti-Corruption Steering Committee held in Hanoi on December 25. The leader, who heads the committee, said its responsibility will be bigger as the fight against corruption is a major issue that is concerned by the entire people. More amendments should be made to existing anti-corruption policies following the National Assembly's approval last month of the amended 1992 Constitution, Trong said.

Next year, the steering committee should send inspection teams to organizations that show signs of corruption, bring more cases under its supervision and strengthen its review process so that appropriate cases will be chosen for trial, the Party leader said.

Reviewing the performance in anti-corruption in 2013, he praised the committee for the consistency that it has shown in implementing various measures and the achievements of seven special teams established in August to handle investigations into high-profile corruption cases as well as prosecution of those involved.